Earlier, on November 16, the Delhi High Court had directed CCI to decide in the matter within two weeks instead of January 4, the earlier scheduled date of hearing. 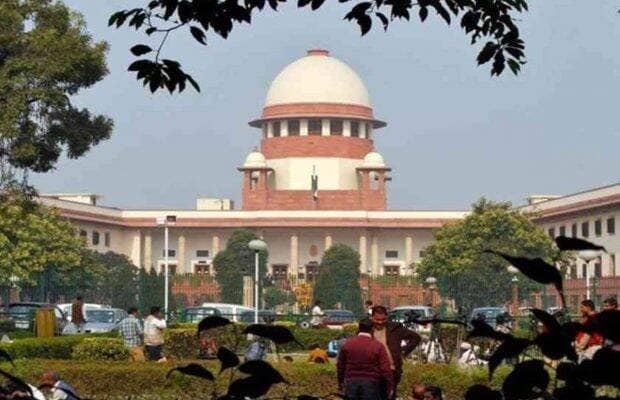 The Supreme Court on Monday extended by two weeks the deadline for the Competition Commission of India (CCI) to decide on the Confederation of All India Traders’ (CAIT’s) plea seeking revocation of approval granted to the Amazon-Future Group deal in 2019. It also gave liberty to Amazon to raise objections before the CCI.

Earlier, on November 16, the Delhi High Court had directed CCI to decide in the matter within two weeks instead of January 4, the earlier scheduled date of hearing. The CAIT had moved the HC demanding the annulment of CCI’s approval that was granted to Amazon in 2019 and wanted protection of its 6,000 traders who had supplied goods worth `10,000 crore to the Future Group.

On Monday, a bench led by Chief Justice NV Ramana, while disposing of Amazon’s appeal against the HC’s order, said it does not want to express any opinion on the merits of the case or the CCI proceedings, but gave an extension of two weeks beyond the two-week deadline set by the HC.

The judges during the hearing also asked about the “tearing hurry” for the Commission to complete the proceedings when the SC is already seized of the matter. The CCI had issued a show cause notice to Amazon in June asking it to explain as to why action should not be taken against it for misrepresentations while seeking approval for its investment in Future Coupon in 2019.

Senior counsel Gopal Subramanium, appearing for Amazon, told the judges that the CCI should not be allowed to pass an order on the show cause notice since it will impact the arbitration proceedings. He said that the HC erred in setting a timeline for the CCI after hearing CAIT, which is a “busybody”.

The counsel said that Amazon had appeared before the CCI, but the latter had to complete the proceeding as per the HC’s November 16 directions. “6,000 pages was served on us on 21st and we were asked to give a response on the 22nd. I don’t see how CAIT can be heard in these proceedings. This is an important question. This court has reiterated that Commission will hold its proceeding with degree of confidentiality… the proceeding before Commission are not intended for strangers,” Subramanium said.

Senior counsel Mukul Rohatgi, on behalf of Future Retail, argued that the CCI approval is hovering like a cloud over its deal with Reliance Retail and, therefore, an expeditious disposal of the case is required.

CAIT also told the SC that the investment by Amazon into the Future Group violates the FDI norms in multi-retail brand and the apex court should also look into it. However, the bench refrained from any entertaining the allegation.

Amazon in its appeal said that the CAIT’s plea “is an attempt to open up another front, apparently at the behest of the Future Group to agitate the same allegations which have been rejected” last month by the arbitral tribunal, which found that Amazon disclosed all the necessary information to the CCI and there was no inconsistency between its representations to the CCI and the representations in the arbitral proceedings, the appeal stated.

According to Amazon, the claims by CAIT were earlier made by FCPL and FRL before the Emergency Arbitrator who rejected them in his interim award of October 25, 2020. Even the arbitral tribunal had categorically rejected these allegations of misrepresentation and inconsistency in its partial award given on October 21, this year, it said.