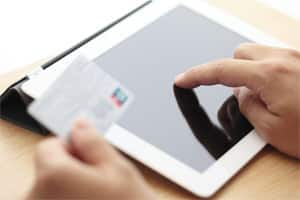 Providing access to faster broadband speeds and easing of payment norms in the country can play an important role in further boosting growth in the burgeoning e-commerce sector in India, the Internet & Mobile Association of India (IAMAI) said today.

IAMAI, which recently led a delegation of Indian tech and Internet firms to China, said these steps can help improve customer experience and provide a fillip to the USD 3 billion Indian e-commerce sector.

Talking about the e-commerce market in China, estimated to touch USD 450 billion this year from over USD 300 billion last year, IAMAI Chairman and Google India Head Rajan Anandan said the massive growth has come at the back of strong growth in Internet user base.

A major chunk of this growth in China is happening on smartphones and tablets, he said.

“We see similar trends in India in terms of smartphone growth and increasing Internet penetration. Though the numbers are small, but the opportunity ahead is huge,” Anandan said.

“In China, options like Alipay and Tenpay ensure faster transactions for the end-customer. Simplifying the payment procedure can play an important role in further increasing online transactions in India,” he said.

The boom in e-commerce sector in China has also spurred growth in areas like digital advertising and gaming.