All these three mines belong to JSW Steel, which is dispatching almost the entire production to their own plants, they said. 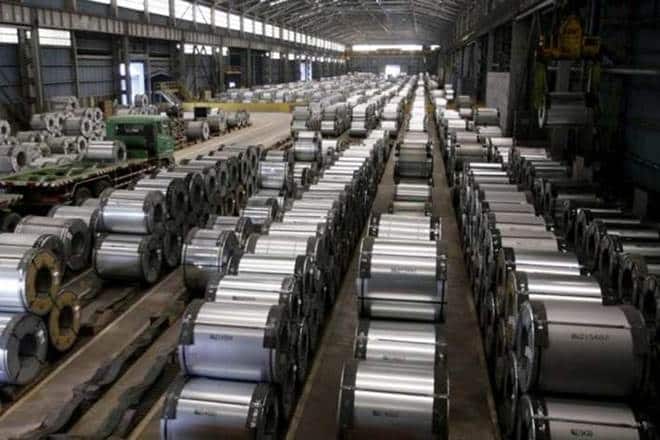 Facing iron ore shortage, Odisha-based steel firms, which do not have operational captive mines, have asked the government to make it mandatory for all iron ore miners in the state to sell at least half of their produce to Odisha-based sponge iron and steel units unless they consume 50% for their own captive use. Only the balance quantities of ore could be exported to other parts of the country or abroad.

While this may amount to deviation from the auction rules, in the absence of such stipulation, the local industry will suffer a lot and production will take a huge hit, a prominent steelmaker said on condition of anonymity. Tata Steel, which owns captive mines in the state, however, says it does not have any problem of iron ore shortage.

Odisha produces nearly 25% of the country’s total steel. Decreased iron ore production, lucrative exports to other states of India and to other countries are the two primary reasons for the shortage, said the source.

Also Read
Ministry wants 15% export duty on steel to stay till December
Govt mulls ‘work from home’ for all SEZ employees
IBM speaks up on moonlighting after Infosys, Wipro, other tech giants warn employees; says this on second jobs
Why ArcelorMittal, other metal giants are shutting factories amid Europe energy crisis; here’s what lies ahead

Higher steel price has made the raw material dearer as well.

The state produces 110 MT iron ore a year; the last fiscal was an aberration, when the production grew to around 145 MT.

Leases for 19 merchant mines, which contributed around half of Odisha’s 115 MT iron ore production in 2018-19, expired in March and 18 of them were successfully auctioned, industry sources said.

The government had extended the validity of all statutory approval of these mines by two years, to ensure the successful bidder can resume production immediately.
As on August 1, only three mines — two merchant and one captive — of these 18 could start limited production.

All these three mines belong to JSW Steel, which is dispatching almost the entire production to their own plants, they said.

On the other hand, all-time high iron ore prices in international market because of Chinese demand and disruption in supply from Brazil on account of Covid-19, Odisha miners are capitalising on the opportunity.

The higher exports and higher sale to other states of India have led to serious shortage to Odisha’s sponge iron industry.

Consequently, the prices have gone up in the state and adjoining states.

The export of steel from India increased due to limited demand in domestic market in the initial months of the ongoing financial year.

However, despite the increased demand in the domestic market now, high international prices remaining lucrative for export of steel.

NMDC, which takes multiple factors into account to arrive at the sale price of iron ore including domestic demand-supply scenario, price of steel, stock in hand, previous month sale, international iron ore price, price of competitors, etc, had reduced the price by Rs 900 per tonne in April and May; but increased the price by Rs 700 in July and August.