Though most auto manufacturers are showcasing electric vehicles at the Auto Expo, there’s not much focus on the charging infrastructure. 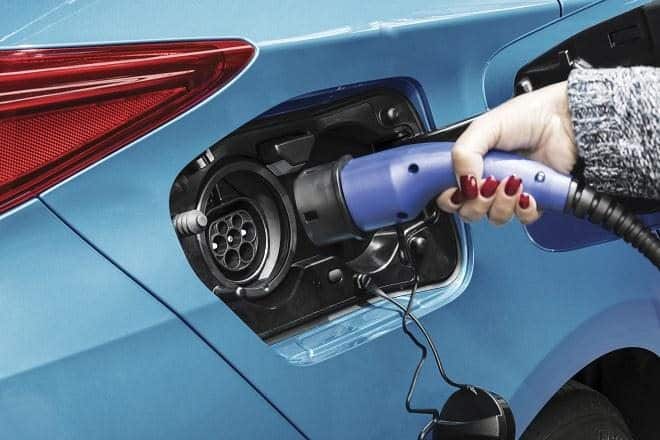 Though most auto manufacturers are showcasing electric vehicles at the , there’s not much focus on the charging infrastructure. Tata Motors, which won the tender to supply 5,000 of the 10,000 order for EVs to the government, acknowledges this challenge. CEO Guenter Butschek said, “The challenge with respect to EVs is less on the engineering side, but establishing a supply chain and charging infrastructure.” He said the EESL order of 10,000 EVs would be used in a controlled environment with dedicated charging points. However, a commercial launch of EVs would need more participation from private players in the setting up of infrastructure. “It is more to do with investments than a technological solution, because we know what this kind of infrastructure requires. We need a collaboration between the government and the industry, because infrastructure is something that will have to be invested in by the private sector, which is driven by a high return on investment mindset. If we want to leapfrog to EVs in this country, then we need to act now and build infrastructure.” Maruti Suzuki, which is confident of launching an EV in 2020, says mass production of fully electric vehicles is going to be a big challenge. The company senses that sales, even after it launches an EV, may depend more on developing the charging infrastructure.

Two-wheeler makers, too, are not ready to launch an electric two-wheeler due to this. Minoru Kato, CEO, Honda Motorcycle and Scooter India, said the company has no plans to bring electric scooters to India, though it showcased an electric scooter at the expo. He said, “India is not ready for EVs.” Some car makers want to first build a hybrid portfolio and then move on to EVs. Jnaneswar Sen, senior VP, sales & marketing, Honda Cars India, said” “In India, EV story is just a few months old. It is impossible to churn out India-centric EVs in a few months’ time. A car is not a mobile phone – it takes years to develop a car. As far as hybrid is concerned, technology is not an issue — we have the best hybrid technologies globally that we can bring to India. We need a policy that is logical and long-term. A plug-in hybrid car makes far more sense for a huge market like India where the charging infrastructure will take a long time to be set-up. A plug-in hybrid is essentially an EV with a range extender – it can run for more than 600 km. Even the best of electric vehicles have a limited range of 200-300 km.”

Also, many start-ups, manufacturing two and three-wheelers, have started to come up in hopes to capture the EV market, well before the big players enter this segment. But to move to EVs, they are not relying on lithium-ion batteries, which are the most important facet of an electric car or a truck. Rather they are using lead acid technology to power their vehicles. Lead acid have the advantage of being cheaper. According to Okinawa Scooters, using lead acid batteries can help reduce the price of a scooter by `8,000-10,000.

However, lead acid batteries take almost double the time taken by lithium-ion batteries to fully charge. The discharge speed is also considerably faster. Indian customers, according to auto makers, are not ready for lithium ion batteries, especially due to the high price that is associated with them. But alongside this, they also say that lead acid will not be the leading force that helps in the electrification that the government is focussing on.