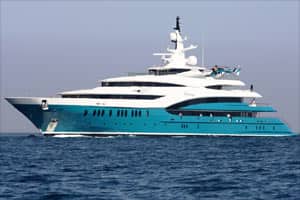 A “whistleblower” has decided to go public with internal company communications of the Essar Group that, he says, show how it cultivated individuals in positions of power and influence, showered them with gifts and favours to push its business interests. The correspondence which includes purported emails and memos refers to meetings with government officials and alleged favours to ministers, bureaucrats and journalists, is the subject matter of a public interest litigation which will be filed in the Supreme Court by the Centre for Public Interest Litigation.

The Indian Express sent a questionnaire about these records to Essar’s spokesperson. Responding to the email, a spokesperson for the company said in a statement: “It is apparent that some of the material is fabricated and some of the allegations are conclusions and inferences being drawn from email stolen from our computers. Stealing emails constitutes theft and as you would be aware that Delhi Police is taking strong steps against persons stealing information… We have already filed an appropriate complaint with the concerned authorities… We would take appropriate legal steps to ensure that the protection of law available against theft in all its forms is extended to our property, i.e. our servers and data on these servers.”

Company communications, which form part of the PIL, show that BJP leader Nitin Gadkari, his wife, two sons and daughter spent two nights on an Essar luxury yacht stationed in the waters of the French Riviera between July 7 and July 9, 2013. They were flown to the yacht Sunrays in a helicopter from Nice airport and returned the same way. Gadkari was not an Union Minister then and had stepped down as BJP president. But an Essar executive, in an email to the yacht captain, made it very clear: “are very important people… see they are comfortable.”

When The Indian Express asked Gadkari about the trip, he said: “I was going to Norway with my family and all air tickets and hotel bills for the holiday were paid by me. I did take a ride on the yacht of the Ruia family and that is because I have known the Ruias for over 25 years. When they learnt I was visiting Europe, they invited me. I see no conflict of interest here since at that time I was neither the BJP president nor a minister or MP. I will not do so now since I am a minister but at that time, where was the problem?”