Embassy to merge some projects with Indiabulls realty arm; to invest $200 million

Embassy Office Parks REIT (a joint venture of Embassy and Blackstone) is the country’s first listed real estate investment trust with a market cap of over Rs 32,000 crore now. 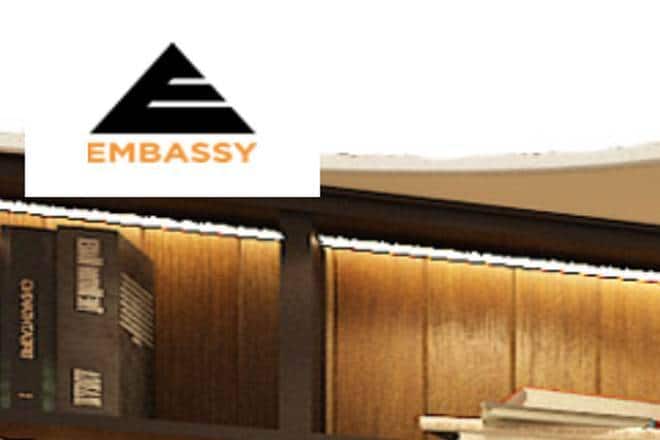 Indiabulls Real Estate (IBREL) said its board on Friday approved an all-stock merger proposal for some of the ongoing, completed and planned residential and commercial projects of Embassy Property Developments with itself, under which the latter will invest around USD 200 million before the amalgamation.

The proposed USD 200 million equity investment will bring significant cash into the merged entity, which will be renamed later, for expanding its business operations. The merged entity will be the development arm for both commercial and residential assets for the combined group. The merger is will be carried out through a cashless scheme of amalgamation, the companies said in a joint statement that did not name the projects which will be merged.

To raise this fund, Embassy is in discussions with financial investors like the Blackstone Group Inc and others, the companies said.

It is in talks with Blackstone as some of the Embassy assets are currently owned by the entities managed and controlled by the American PE major, and the fresh equity investment will be treated as its contribution to these assets as part of the merger.

Under the proposed merger, certain ongoing, completed and planned residential and commercial projects of Embassy will get merged and stand transferred to IBREL. Some of the Embassy assets are presently owned by entities managed and controlled by it jointly with Blackstone, for which it is in discussions with Blackstone to contribute such assets as part of the merger transaction.

Under the merger, IBREL will issue equity shares with a face value of Rs 2 each to the Embassy shareholders, in accordance with the swap ratio that will be finalized later. To speed up the merger process, the IBREL board has constituted a reorganization committee to evaluate the options to implement the merger proposal, including appointment of valuers and merchant bankers, over the next four weeks.

Indiabulls Real Estate has delivered over 24 million sqft of commercial and residential projects so far and has sold some commercial assets to Blackstone for around Rs 12,250 crore in the last two years. It has projects that are near completed/under-development worth 32.7 million sqft, which a realizable value of around Rs 22,750 crore and net surplus of over Rs 11,000 crore. The company also has a land bank of over 1,900 acre and an 1,424-acre SEZ.

Embassy Office Parks REIT (a joint venture of Embassy and Blackstone) is the country’s first listed real estate investment trust with a market cap of over Rs 32,000 crore now.