Although the ease of doing business has improved in the last two years of the NDA government, more work needs to be done especially in the real estate sector… 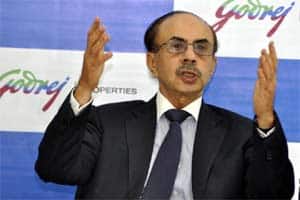 "It (things like automation, artificial intelligence and robotics) only improves productivity", the Chairman of Godrej Group told. (PTI)

Although the ease of doing business has improved in the last two years of the NDA government, more work needs to be done especially in the real estate sector that has “complicated” approval process, according to leading industrialist Adi Godrej.

The USD 4.1-billion Godrej Group, led by Adi Godrej, has a large presence in the real estate sector through its firm Godrej Properties, besides in a variety of other sectors, including FMCG, consumer durables and agri-products.

“Real estate permissions have become very complicated in our country. (As permissions are) given by the state governments, the Centre should work on improving the ease of starting in new real estate projects,” Godrej told PTI in an interview.

According to realtors’ apex body CREDAI, it takes at least 18 months to get various approvals for starting a real estate project.

While commending the government for taking up a slew of measures to improve ease of doing business, he, however, said: “They have said that they would not levy retrospective taxes, clarified many things in many ministries. One of the things on which they may have to do is ease of doing business in real estate permissions.”

Overall, he said: “Ease of doing business has improved but some more work needs to be done. We should continue to keep improving.”

Rating the performance of the Modi government as “by and large good”, Godrej said: “The only thing which remains to be delivered on the major reforms is GST.”

He hoped that it would be passed in the monsoon session and likely be implemented by April1, 2017.