E-commerce in India: Amazon gets patent for system to manage data centres

Amazon Technologies Inc, subsidiary of e-commerce giant Amazon.com Inc, has secured an Indian patent relating to a system for efficiently managing data centres by streamlining the processing of applications generated out of multiple computing systems. 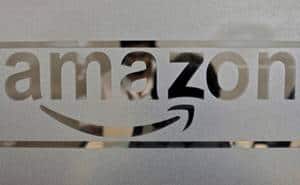 Amazon and T-Series did not detail financial terms or specify if the deal covered countries outside of India. (Reuters)

Amazon Technologies Inc, subsidiary of e-commerce giant Amazon.com Inc, has secured an Indian patent relating to a system for efficiently managing data centres by streamlining the processing of applications generated out of multiple computing systems.

As per the invention, the organisation of computing systems are to be divided into groups for enabling efficient implementation of the application of various policies that guide to the optimum placement in processing the applications.

The e-commerce major had filed the patent application for the invention titled managing a data centre at patent office, Kolkata in 2008. A request for its examination was filed in 2009 by the agent of the company.

Sujoy Sarkar, deputy controller of patents & designs, Kolkata, while granting the patent observed that it was found that the disclosed invention provides a solution for a technical problem of managing the processing of application on multiple computing systems of data centre by exchanging copies of the applications among groups of computing system in a manner that enables efficient acquisition of applications copies that are meant to be processed.

The company further said that one of the major problems that arises in data centres is that it virtually or physically hosts large numbers of applications or systems for a set of diverse users. Besides, the data centres manage the storage, distribution, and acquisition of copies of applications. Applications may, for example, be quite large in size, making it difficult to have sufficient storage resources to store local copies of every hosted application on every computing system in the data centres.

Amazon had created one of the most advanced fulfilment networks in the world and sellers in India have been benefiting from Amazon’s expertise in fulfilment, reliable nationwide delivery and customer service. Since its launch in June 2013, Amazon.in had been working extensively to launch services that meet different business requirements of sellers and help them grow their business profitably online. Over the past three years, Amazon.in has introduced the most comprehensive suite of offerings for sellers to sell online in India.

From running an extensive education and skilling programme for SMEs called seller university to offering fulfilment by Amazon, the brand has been helping sellers reach millions of customers across the country.