Demand from e-commerce firms, a tiny fraction of India’s retail industry, accounted for as much as 40 per cent of 1.7 mn square feet of warehouses leased in 2014. 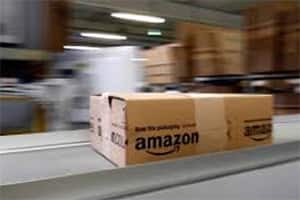 Internet retailer Amazon and its fast-growing local rivals are driving a boom in commercial property leasing in India as their storage needs rise, with shoppers in the country going online to buy everything from televisions to groceries.

Demand from e-commerce firms, a tiny fraction of India’s retail industry, accounted for as much as 40 per cent of 1.7 million square feet of warehouses leased in 2014 – a seven-fold increase from 2013, according to consultants CBRE South Asia. Warehouse rents have risen by a quarter over the past year.

Other estimates indicate office rents in India’s tech hub Bangalore could rise by as much as a fifth in the next six to nine months as e-commerce companies add to demand.

Also Read
OnePlus urges users to switch off from the digital world and spend time with the loved ones in their latest campaign, ‘Stay Connected. Stay Smarter’
OnePlus 10T 5G is the ultimate performance beast you can buy in 2022
OnePlus greets the festive season with all 5G portfolio, and a special Prime Blue OnePlus 10R 5G
Nykaa board approves 5:1 bonus issue

The result, say developers and analysts, is a speedier than expected recovery for India’s commercial property sector, badly dented by two successive years of sub-5 per cent economic growth.

“The best has yet to come for the sector and that will have a snowball effect on the property sector with increased appetite for office space, logistics and warehouse,” said Sigrid Zialcita, managing director, research for Asia Pacific at consultant Cushman & Wakefield.

In October, online retailer Flipkart, one of India’s largest market place sites, agreed to lease 3.25 million square feet of office space in Bangalore from developer Embassy Group, making it one of the biggest commercial property leasing deals ever.

“There will be large requirements from these kinds of companies,” said Jitendra Virwani, chairman and managing director of Embassy, adding such deals were few, but growing.

While e-commerce companies comprised less than 5 percent of the 30 million square feet of offices leased in 2014, they are expected to drive demand over the next three to six years.

Uptake of total warehouse space is likely to more than double to 4 million square feet in 2015, as more Indians shop online.

Revenues of e-commerce companies in Asia’s third-largest economy are expected to rise to $1.5 to $2 trillion over the next 10 years, says Cushman. India already has the world’s third-largest population of Internet users.

Among those looking for space is Amazon, which needs a million square feet of offices in Bengaluru, according to property consultants. Amazon had no immediate comment.

Cushman’s Zialcita said that while technology and outsourcing companies will make up the lion’s share of demand for now, e-commerce firms will contribute notably in future.

“This is still in its nascent stage… it has the potential to grow,” she said.