In a reprieve for real estate major DLF, the Supreme Court on Friday ordered a status quo against… 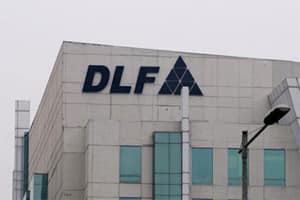 In a reprieve for real estate major DLF, the Supreme Court on Friday ordered a status quo against an order cancelling allotment of 350 acres of land to the developer in Haryana’s Gurgaon for Rs 1,700 crore.

Admitting its appeal against the September-judgement of the Punjab and Haryana High Court, the court stayed the operation of the order, which besides cancelling the allotment, had also ordered re-auction of the land. The land had been allotted to DLF in February 2010 by the Haryana State Industrial and Infrastructure Development Corporation Ltd to build a recreation and leisure project, called the Magnolias, in Wazirabad in Gurgaon. The dispute arose when farmers challenged the acquisition of their land by the government. The High Court found no fault with the acquisition process but held that the allocation of the land to DLF was not transparent or fair. However, in a separate hearing, DLF suffered a setback as the court refused to accept its plea seeking a waiver of the Rs 480 crore penalty imposed on it for allegedly indulging in unfair trade practices. The developer has already deposited Rs 150 crore out of the Rs 630 crore penalty imposed on it by the Competition Commission.

Dismissing its application, the court refused to allow DLF to offer land as security, as an alternative to waiving the payment of the penalty and asked the developer to pay the amount in installments of Rs 75 crore each from January 15 till the penalty is cleared.