DGCA directs airlines not to carry out fumigation with passengers onboard

All airlines have been directed not to carry out any disinfectant or insecticide fumigation with passengers onboard as it could effect fliers’ health. 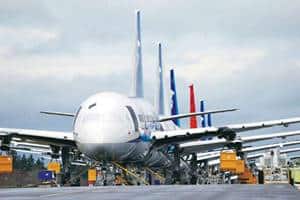 All airlines have been directed not to carry out any disinfectant or insecticide fumigation with passengers onboard as it could effect fliers’ health.

The Directorate General of Civil Aviation (DGCA) has issued a directive to the airlines following a National Green Tribunal order in this regard.

This was conveyed to Senior BJP leader and Rajya Sabha MP Subramanian Swamy, who had taken up the issue of such spraying by the airlines with passengers onboard to the Civil Aviation Ministry and sought an end to the practice.

“The Minister of state for Civil Aviation Mahesh Sharma has now informed me that such spraying is henceforth prohibited on all international and domestic airlines operating in and out of India,” Swamy said in a statement today.

“No disinfectant/insecticide fumigation is carried out in the aircraft of any airline, while landing and taking off in any part of the country, when passengers are onboard,” the NGT order had said.

The NGT order had further stated that “such activity of spraying disinfectant would be carried out only when the aircraft is empty at the appropriate time.”