Despite getting $1 billion funding is Flipkart losing the battle against Amazon in India?

While Flipkart was still finding a solution to compete against Amazon’s financial ability, the company also introduced ‘Amazon Prime’ membership in India delivering products within one or two days. 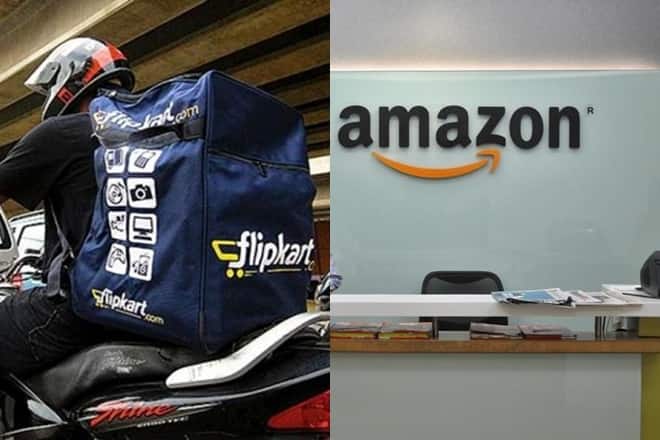 Here is a list of offers and discounts available on Independence Day 2017. (Reuters/PTI)

Flipkart which is one of the biggest players in India’s e-commerce space has found itself in a battle against international giant Amazon in last few years which is turning out to be a struggle for existence. According to the latest numbers, Flipkart Online Services Pvt raised 1 billion dollars and aims to raise a similar amount in next few months. Even though this is a positive news, on the flip side, the company’s evaluation has come down to 10 billion dollars from 15.5 billion dollars in 2015. After the numbers were out, the company said it doesn’t comment on market speculations as a matter of policy but unfortunately for them, numbers don’t lie.

The company was established in 2007 by two of Amazon’s former employees Sachin Bansal and Binny Bansal as an online book selling platform and in the very next year introduced a 24×7 customer support. By 2010, Flipkart had also started selling mobiles and had introduced the cash on delivery feature. In 2012, it launched its own fashion and lifestyle portfolio and in 2013, claimed to sell one lakh books in a single day. In these six years, the company also acquired various other platforms like WeRead (2010), Mime360 (2011), Chakpak.com (2011) and Letsbuy.com (2012). Things were looking good for Flipkart it was growing continuously till Amazon entered the Indian market in June 2013 with a huge investment.

Since then, both these companies have been in a tug of war for the status of India’s biggest online selling platform. They have a similar setup and expertise but what gave Amazon an upper hand was the availability of extra funds. Somehow, Flipkart managed to generate enough money to give a tough fight to Jeff Bezos’ company. The exceptional revenue generated through the Big Billion Sale also helped it compete with Amazon.

However, last year Jeff Bezos made an announcement of investing 5 billion dollars in India which made life difficult for Flipkart. It was combined with Alibaba’s entry in the country that defeated eBay and Amazon in China. Alibaba also backed Snapdeal one of Flipkart’s biggest domestic competition and Paytm. This left Flipkart with no other option to spend heavily on promotions costing it millions of dollars a month.

While Flipkart was still finding a solution to compete against Amazon’s financial ability, the company also introduced ‘Amazon Prime’ membership in India delivering products within one or two days. It provided annual subscriptions to its members at just Rs 500 that also gave them access to Amazon video. The company claimed in January 2017, that half of its products during the sale season were bought by a prime customer.

As India’s e-commerce scene is growing, it posing new challenges of survival for these players. Last month, Snapdeal was forced to sack about 600 employees as its co-founders also decided to work without salary for an indefinite period. The new funding can be the final injection of morphine for Flipkart and if it fails to start pumping after this, it may soon end up losing this war against Amazon.