The transponder lease agreement Department of Space had with Tata Sky gave “certain benefits” to the company. 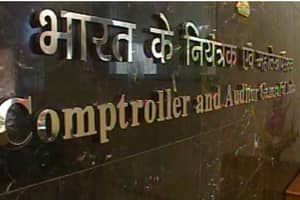 The transponder lease agreement Department of Space had with Tata Sky gave “certain benefits” to the company which were not offered to any other DTH service providers, the Comptroller and Auditor General yesterday said.

CAG said, “Transponder lease agreement with Tata Sky gave certain benefits to Tata Sky which were not offered to any of the other DTH service providers.”

Tata Sky also had the provision for inspection of its earth station by DoS. This facility was also not extended to other service providers, the CAG said.

“DoS launched GSAT 10 satellite in order to swap with capacity allocated to Tata Sky on INSAT 4A, which was functioning with reduced power.
“Tata Sky subsequently declined the proposal but DoS did not allocate capacity on GSAT 10 to any other service provider apprehending litigation, as Tata Sky was given exclusive first right of refusal on Ku Band capacity of INSAT 4A satellite,” the report said.

Apart from many objections, the report said, the chairman of the Tata Group was one of the “non-functional directors” in the board of directors of Antrix.

“Although there might be no direct impact on the decision making process within Antrix, allocation of Ku band transponders of INSAT 4A on exclusive basis to Tata Sky does raise the question of conflict of interest,” it said.

It added that an agreement was entered with Sun DTH for 6.25 transponders units in INSAT 4B at the rate of Rs 4.75 crore per transponder, but DoS charged the company for only six transponders, resulting in a loss of Rs 46.92 lakh.