The cash crunch is pushing consumers to shop through plastic money and m-wallets, giving impetus to online retail 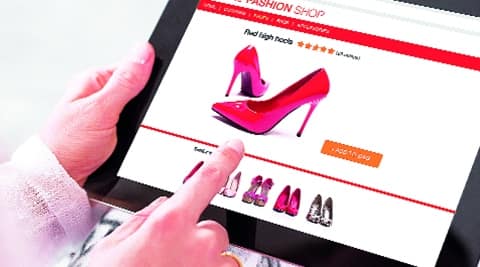 Since the night of November 8, it’s no surprise that the word demonetisation has been making headline after headline. A move to curb black money gave digital India and the idea of a cashless economy a boost. But the digital revolution isn’t something new. The last decade saw e-commerce, hyperlocals and m-commerce change the way India, especially the urban belt, consumes.

Unlike the West, Indians tend to deal majorly in cash, using debit cards if required with even lesser reliance on credit cards. But post demonetisation, consumers have been forced to use digital channels across various walks of life.

The transition from traditional commerce to e-commerce and now m-commerce has been driven by the retail segment followed by logistics. Mobile today is more than just a calling device as the internet-enabled smartphone is becoming a point of commerce — it has transformed into a host of retail outlets in customer hands. We see consumers now shopping across websites, apps and in-store as per their convenience be it seated in the comfort of their homes, taking a break at work or even on-the-go.

As nine out of 10 consumers research a product or service on their mobile, m-commerce accounts for nearly 60% of online sales in India on the back of 30-50% growth in online transactions in the tier 2 and 3 cities, according to M-Commerce — The Next Generation Commerce report by Grant Thornton and CII.

The growth is fuelled by the availability of affordable smartphones and mobile data plans backed by improving telecom infrastructure.

Says TataCliq CEO Ashutosh Pandey, “A higher number of consumers have now been influenced to use plastic money, thus enabling the flow of money into the retail sector.” On the back of a cashless society, the company agrees that it did face a slight initial impact on CoD orders. However, there has been a quick shift towards prepaid or digital payment solutions.

Consumers are split into two categories: those who shop online and those who don’t because they prefer experiencing the look and feel of a product.

Thanks to e-commerce and tech-savvy consumers already evolved in digital transactions and payment methods, the retail space particularly in metros and small cities didn’t see a huge slump.

“Post the announcement, we have witnessed a decline of around 5% in the footfall and close to 7-8% impact on overall sales. However, in the last few days we have seen things getting back to normal with the circulation of newer currency notes in the system,” points out Rajiv Malla, director, Phoenix Marketcity, Pune. However, he does agree that the impact will be less on the organised retail sector compared to the unorganised segment, as the former offers more payment options to consumers like e- and m-wallets, cards and other digital payment modes.

“There is a clear digital revolution taking place in the financial and retail sectors,” says Dhanraj Bhagat, partner, Grant Thornton India LLP while highlighting that the digital platform provides vendors with an instant connect to their customers and provides the added experience at a very nominal cost in a much shorter time. “In some ways, demonetisation has helped digital payments and online shopping as owing to the cash crunch, people had no option but to turn towards this mode of shopping and payment,” he adds. In an earlier interview to BrandWagon, Shoppers Stop MD Govind Shrikhande had said that the company is betting on achieving 15% of its revenue through digital by 2020. He further said, “Click and collect, click and deliver, is what we will achieve by June 2017.”

“The retail sector is poised for substantial growth from $600 billion today to $1 trillion by 2020. Organised retailing will be the fastest growing, accounting for more than 20% of the retail trade by then,” infoms Bhagat. E-tailing will form a significant part of the revenue for various retailers. Apart from cashless transactions, changes in the regulatory environment with FDI, GST and ease of doing business, will obviously augur well for the retail industry.