Tata Group shares may see some action on Tuesday as the Tata Sons Board has appointed Ratan Tata as the interim chairman of the group, replacing Cyrus Mistry. 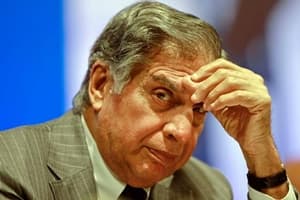 Tata Group shares may see some action on Tuesday as the Tata Sons Board has appointed Ratan Tata as the interim chairman of the group, replacing Cyrus Mistry. The decision was taken at a board meeting on Monday. The board has constituted a selection committee to choose a new chairman. The committee comprises Ratan N Tata, Venu Srinivasan, Amit Chandra, Ronen Sen and Lord Kumar Bhattacharyya, as per the criteria in the Articles of Association of Tata Sons. The committee has been mandated to complete the selection process in four months.

Milan Vaishnav, consultant technical analyst, Gemstone Equity Research & Advisory Services said, “We can see some knee-jerk reaction on Tuesday but the downside is limited and all such downside should be used for fresh entry. For long-term, the move is positive for Tata Group companies.”

Chandan Taparia, derivatives analyst, equity research seconds Vaishnav, he said, “We might see some knee-jerk reaction in Tata Group companies but good part is that Ratan Tata is stepping in. The real owner might have much more keenness to drive the business.” Cyrus Mistry was appointed as chairman of Tata Sons in December 2012.

Tata group majors outperformed benchmark indices under Mistry’s term. Share price of Tata Elxsi surged 515 per cent. Other stocks such as Tata Communications, Indian Hotels, TCS, Tata Motors and Tata Chemicals gained 197 per cent, 109 per cent, 104 per cent, 85 per cent and 84 per cent, respectively, in the past four years.

G Chokkalingam, founder, Equinomics Research & Advisory,said, “We have a neutral view on the announcement. We do not see any major movement in Tata group shares after the announcement. Leadership is not a problem with Tata group, it is a problem of structural changes in the economy. Nothing will change in short-to-medium term.”