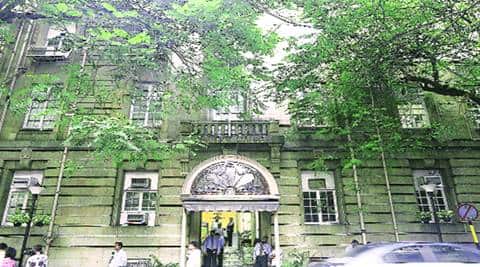 A day before shareholders of Tata Consultancy Services (TCS) vote on a resolution to remove Cyrus Mistry as director of the company, Tata Industries on Monday dismissed Mistry as director of the company. Mistry was removed as chairman of TCS, the group’s most valued firm, on November 10 and given Tata Sons holds a a 73.26% stake in TCS, it should not be difficult to vote him out as a director.

Tuesday’s extraordinary general meeting (EGM) will the first of several such shareholder meetings ending December 26. With this, the feud between Ratan Tata and Mistry, now running for nearly 50 days since October 24, is probably entering the last stages unless Mistry takes legal recourse.

Considering that Tata Sons has stakes of anywhere between 31% and 74% in most Tata group companies, minority shareholders will probably not have much of a role to play. However, in Tata Steel the promoter group, including Tata Sons, has a 31.35% stake, while foreign portfolio investors (FPIs) and insurance companies together hold 32.19%.

Nevertheless, by all indications, financial investors such as FPIs, mutual funds and insurance companies are expected to either side with the Tata Sons camp or abstain. Corporate watchers explain their prime concern is to protect their investment and they would prefer the fight is over quickly.

Local mutual funds and Life Insurance Corporation of India (LIC) have an exposure of over R20,000 crore and R35,000 crore, respectively, to various Tata group companies. Fund managers were tight-lipped, saying they had not made up their minds. “However, it is likely we will vote in favour of Ratan Tata or abstain from voting,” one chief investment officer (CIO) told FE on condition of anonymity.

HDFC Mutual Fund and ICICI Prudential Mutual Fund, among others, had investments worth around R4,000 crore and R2,000 crore, respectively, in top Tata group companies as at the end of October 2016, data from Value Research show. LIC held 13.62% in Tata Steel, 13.12% in Tata Power and 5.2% in Tata Motors as on September 30, according to Prime Database.

Proxy advisory firms have been divided over the issue. For instance, Institutional Investor Advisory Services (IiAS) has recommended that shareholders of TCS vote in favour of removing Mistry as a director.

“IiAS recommends voting for the resolution. Our decision focuses on an outcome that enables Tata companies to operate with minimum disruption — by maintaining the existing chain of command between Tata Sons, the largest shareholder and TCS, the operating company,” it said.

On the other hand, InGovern has questioned the logic of replacing Mistry as TCS chairman and removing him from its board just because he has ceased to be the chairman of Tata Sons.

“As per Tata Sons, one of the primary reasons of his replacement was non-performance of Tata companies excluding TCS and JLR (Jaguar Land Rover). Hence, since the promoter itself accepts that the performance of TCS has been good, we do not see any logic as to why a shareholder should vote for the removal of a director who was the chairman, for performance issues,” InGovern recently noted.

It has also questioned the premise that Mistry’ presence on the TCS board will create an environment of conflict and discord.

“We do not believe this hypothesis as it has been historically proved that the effectiveness of the board increases when there are directors with an opposing point of view and who are not supposedly ‘Yes-Men’ of the promoters in the board,” it observed.