Denying any move to take the legal route on Cyrus Mistry’s ouster, the Shapoorji Pallonji Group has today issued a statement saying that there is no basis to media speculation about litigation at this stage. 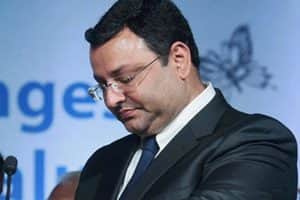 The company, however, refuted Mistry's allegations that another reason for it not shutting down the Nano, besides emotional reasons, was the supply of gliders to an electric car maker in which Ratan Tata has a stake. (PTI file photo)

Denying any move to take the legal route on Cyrus Mistry’s ouster, the Shapoorji Pallonji Group has today issued a statement saying that there is no basis to media speculation about litigation at this stage. The statement makes it clear that neither Cyrus Mistry nor the Shapoorji Pallonji Group has said anything about Tata Sons decision. Acknowledging that the circumstances are being studies, the group adds that there is no basis for media speculation about litigation. “Events of the past 24 hours obviously involve an element of sensitivity if not surprise. They need time for being assessed. As and when a public statement becomes necessary, it would be made,” the group has said, seeking to put a rest to all rumours.

Meanwhile, reports suggest that Pepsico’s Indra Nooyi and Tata International MD Noel Tata have emerged as contenders for the post of Tata Group Chairman. In a shocking move, Tata Sons Board on Monday announced replacing Cyrus Mistry as the Tata Group chairman. Ratan Tata will act as the interim chairman till a successor is found over the next four months. Tata Sons has appointed a 5-member selection committee comprising Ratan N. Tata, Venu Srinivasan, Amit Chandra, Ronen Sen and Lord Kumar Bhattacharyya to decide on the new chairman of the Tata group.

Also Read
Blackstone plans mega REIT in India
Gautam Adani slips to third place in world’s rich list, Mukesh Ambani out of top-10 after Monday’s D-St rout
Vodafone Idea says talks with Indus Towers for softer payment terms not over yet
The world’s first CNG terminal to be set up in Gujarat

The unceremonious dismissal of Mistry — attributed to his performance — had the backing of the Tata Trusts, which hold a commanding 66% stake in Tata Sons. He, however, remains a director on the board. Cyrus Mistry had in December 2012 become the sixth chairman of the Tata Group, replacing Ratan Tata. Mistry had been the director of the company since 2006. Mistry was earlier managing director of the Shapoorji Pallonji Group. Tata Sons has reportedly said that the decision to remove Cyrus Mistry as the chairman was taken in the “larger interest of the group”. Meanwhile, Ratan Tata met Tata group CEOs at the Bombay House today.