CSR funds meant for local development, should not be diverted for any other purposes: Jairam Ramesh

It makes no senses to pass a law, which says 25 per cent of the two per cent CSR funds must be reserved for monument protection, the Congress member said. 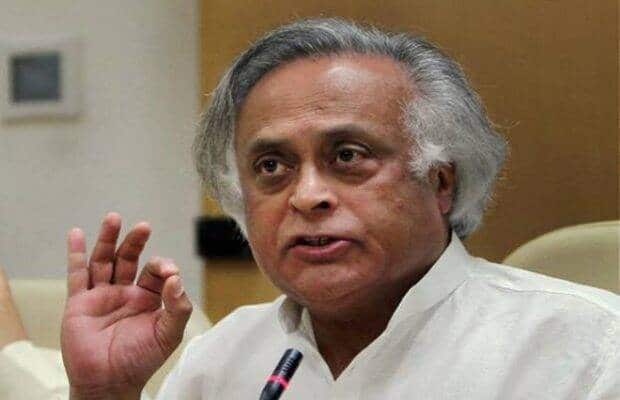 Corporate social responsibility (CSR) funds are meant only for local development and benefitting the social and physical infrastructure of the area, and should not be diverted for any other purposes, Rajya Sabha member and Congress leader Jairam Ramesh said on Friday.

While participating in a discussion over a private member bill moved by BJP’s Vinay P Sahasrabuddhe in the Upper House, Ramesh also said the idea of CSR is to bring benefits to the local community and region, and to improve their social and physical infrastructure. The Companies (Amendment) Bill, 2019, moved by Sahasrabuddhe proposes 25 per cent of CSR funds to be used for maintenance of historic monuments.

Starting the debate Sahasrabuddhe said that the Archaeological Survey of India, the National Monuments Authority and other such agencies do not have the resources to maintain monuments. “Corporate sector should also contribute to this,” he said.

Under Section 135 of the Companies Act, 2013, companies having a turnover of Rs 1,000 crore or above and net worth of Rs 500 crore have to spend a minimum of two per cent of the average net profits made during the three immediately preceding financial years.

While initiating the debate, Ramesh said the idea behind CSR was that giant companies would come and locate in backward areas, where infrastructure is very poor, and through the instrument benefit local communities. “Idea of CSR was not to benefit the national scene but to benefit the local community and local areas. Where there are cultural monuments and historical monuments in the local area, I have no problem but very often these companies are located where there are no monuments,” he said.

It makes no senses to pass a law, which says 25 per cent of the two per cent CSR funds must be reserved for monument protection, the Congress member said.

“Do not dilute the idea of CSR. Idea of CSR was to bring the benefits to local community and region and to improve their social and physician infrastructure,” he said adding that CSR was introduced to develop local area.
He also hit out at the government, claiming it had appointed a chairman of the National Monuments Authority who did not have required qualifications. “It has become a National Political Monuments Authority,” he said.
While participating in the discussion on the bill, Sasmit Patra (BJD) supported the bill, saying it is necessary to keep the country’s culture and heritage alive.

He noted that according to the bill, the 25 per cent funds out of the total CSR outlay would help in maintaining and strengthening historical and archaeological sites, which is part of the country’s heritage. “While we have requirements for resources and funding, we should also have enabling provision of law so that we are able to use that fund effectively,” he stated.

V V Vijayasai Reddy (YSRCP) noted that a provision should be there so that companies utilise the fund in areas they have operations. He also stated that a provision must be there to include CM Cares Fund as beneficiary in case companies are unable to spend the amount. “If funds are nor spend and not even transferred to the PM Cares Fund, what will happen, the company’s board will have to give a reason. That should not be the case, there has to be a penal provision to incorporate in the Companies Act penalising the board,” Reddy stated.

NCP’s Fauzia Khan noted that it needs to be defined properly as what does the term monument means so that such sites are protected. She also stated that CSR funds should also be utilised for supporting individual sports like rifle shooting so that deserving talent from rural areas can come up. RJD member Manoj Kumar Jha said that there was a need to balance the bill. He noted that income generation should be a focus area while coming up with the bill.
Mahesh Poddar (BJP), while supporting the bill, noted that CSR funds need to be utilised for the benefit of local communities. He also stated that the time has come that the government look at bringing in required changes in the Companies Act.

While, requesting Sahasrabuddhe to take back the proposed bill, Corporate Minister Rao Inderjit Singh said that art and culture and monuments do not come under the ministry of corporate affairs but there is provision under CSR for spending funds on art and culture. “Though it is not the mandate of the corporate affairs ministry or CSR that we bind them to spend for a particular reason but informally we can certainly have discussion on it,” Rao said.

He said that there has been growing interest of corporations in spending on arts and culture and part of the expenditure under this head can be made on monuments. The minister shared that the CSR spent on art and culture was Rs 117 crore in 2014-15, Rs 395 crore in 2017-18, Rs 930 crore in 2019-20 and Rs 2,093 crore during the current fiscal.

Participating in the debate on the bill, BJP member Rakesh Sinha said that heritage shows past glory and the reason for Europe centric conceptual domination was that monuments have been preserved from 1947 till 2014 without understanding their importance.

BJP member Harshvardhan Singh Dungarpur clarified that the bill proposes 25 per cent of CSR spending which is two percent of average net profit of three preceding financial years, and he supported the bill.