To make its flagship crop insurance scheme more attractive, the government is considering a proposal by the NITI Aayog to return 75% of the premium paid by the farmers enrolled under the Pradhan Mantri Fasal Bima Yojana (PMFBY) if they don’t file claims for crop damages for four-six consecutive seasons. 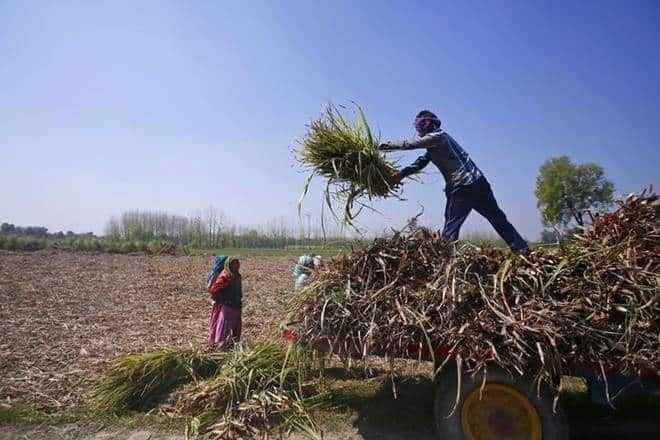 The government targets foodgrains output of 283.70 million tonne, including 142.50 million tonne from the rabi season, in 2018-19 crop year.

To make its flagship crop insurance scheme more attractive, the government is considering a proposal by the NITI Aayog to return 75% of the premium paid by the farmers enrolled under the Pradhan Mantri
Fasal Bima Yojana (PMFBY) if they don’t file claims for crop damages for four-six consecutive seasons.

Officials reckon that such a move would attract more farmers into the insurance fold. Only 29% of the 12 crore farmers/cultivators in the country have crop insurance cover at present.

However, the proposed change in the scheme may not find favour among insurers. The officials are of the view that insurers are estimated to have made a surplus of nearly Rs 10,000 crore (including operational costs) in the past two kharif seasons.

In kharif 2016, insurance companies collected Rs 16,276 crore premium under PMFBY while the claims paid were Rs 10,425 crore, resulting an estimated surplus of `5,851 crore.

In kharif 2017, the difference between premium collected and paid was Rs 4,077 crore.

However, government officials said the amount to be reimbursed as per the NITI proposal is not small as it can meet the fertiliser requirements of small farmers in a season. For example, if the premium paid by a farmer for a season is Rs 1,000 (of total Rs 5,000) for the sum insured Rs 50,000/hectare, she may be entitled for a bonus of Rs 3,000 at the end of fourth season. According to agriculture ministry data, the input cost of fertiliser is between Rs 3,000-4,000/hectare for paddy in major states.

“This incentive is needed to ensure that farmers’ interest in the scheme is not lost,” an official said. One complaint about the scheme is that a farmer is not able to receive compensation if the entire village’s/panchayat’s crop is not damaged. So the incentive could encourage more farmers to seek the cover.

The proposed cash-back on premium (80%) paid by the Centre and state governments for these farmers could be ploughed back for launching innovative farm insurance products, etc.

“Insurers have also not brought any new product for farmers based on their region and requirement,” the official said. Now products are at the panchayat level, they need to bring individual farmer or village -level products, he added. Given the vagaries of nature that hit farming in India, the Centre recently changed norms to allow states to appoint insurers for a period of three years instead of one year, to ensure that insurers don’t pick only good years for providing cover and leave out bad crop years.