As the Cricket World Cup 2015 enters the quarter-finals stage, with the make or break match, for the Indians… 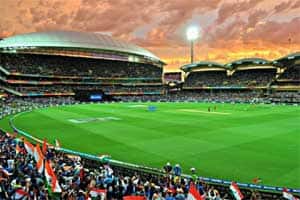 As the Cricket World Cup 2015 enters the quarter-finals stage, with the make or break match, for the Indians, being the India vs Bangladesh game, Wego shares insights into how the giant sporting event has affected travel intentions on the site for travelers.

Searches for Australia and New Zealand from India rose late last year between October and December, for travel between early to mid-March, which was the timing of the initial Cricket World Cup 2015 Pool matches.

“Indians are huge cricket fans, possibly the most passionate in the world,” said Jackson Fernandez, Managing Director of Wego, India. “Australia and New Zealand have risen in popularity as a destination with Indian travellers over the past couple of years, thanks to effective marketing drives from tourism bodies, as well as greater airline connectivity. Add to that the allure of attending the Cricket World Cup 2015 in some of the most atmospheric cricket grounds in the world, and Indian travel interest was ignited.”

“The big jump in searches however, almost tripled for the final couple of weeks of the finals, from March 18 to 29,” added Fernandez. “With India at the top of Pool B, alongside New Zealand who top Pool A, Indian fans in attendance are in for some highly exciting final matches.”

The most popular selected destinations in the southern hemisphere were Melbourne, Sydney and Auckland with a search spike of 250 per cent. The majority of searches hailed from Delhi, Mumbai, Calcutta and Bangalore.

“It appears that, similarly to the World Cup in Brazil, Indians searched rather close to their selected dates with the majority of searches taking place for the final period from early January until now,” Fernandez added.

“Delhi to Melbourne was by far the most searched route, followed by Delhi to Sydney, and Mumbai to Sydney. The highest number of searches for Auckland were from Mumbai. Again as we witnessed with the FIFA World Cup in Brazil, Indians preferred four or five star accommodation over the lower starred properties, with the majority of hotel searches for both Auckland and Melbourne,” he said.

Now, for Indians, that is, to keep the thrill going, MS Dhoni’s India must demolish Bangladesh in the World Cup quarters.