With news organisations getting creative with how technology can help, the ways in which news is gathered and presented to the public are getting interesting, in-depth and in some cases, even interactive 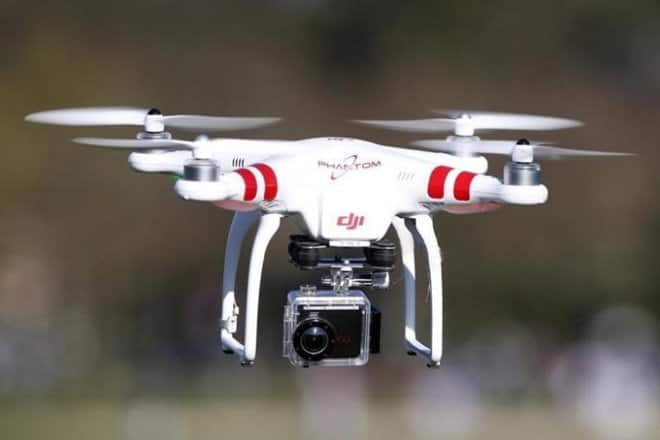 Something as versatile in function as a drone has two aspects bound tightly to it — safety concerns and relatively low cost. (Reuters)

Something as versatile in function as a drone has two aspects bound tightly to it — safety concerns and relatively low cost. With its origin story buried in a military past, the recent years have been seeing drones finding applications in commercial industries as well. The use of drones in news gathering then sounds like a no-brainer. And news companies have been relatively quick on the uptake. Though drones are just one of the ‘newer’ ways to gather news or disseminate it, the use of virtual reality (VR), gathering via social media, curated content for digital-only consumption and robo-journalism are just some of the broader methods which are transforming the business of news.

Eye in the sky

The addressable market of drone powered solutions in the media and entertainment industry is estimated at $8.8 billion (as per a PwC report). Furthermore, Goldman Sachs’ research Drones Reporting for Work released in 2016 saw journalism at the eighth spot for opportunities for drone usage across industries. Construction and agriculture were in the lead. CNN through CNN AIR (Aerial Imaging and Reporting) and BBC have found uses of drones for newsgathering. “CNN AIR currently operates about 24 drones of various capabilities to add context, perspective and understanding to a news event, in addition to aiding storytelling and improving production value,” shares Greg Agvent, senior director, CNN AIR. He adds that the bulk of flight operations are currently in the US. “We have flown in more than 20 countries but we are expanding our capabilities globally.” BBC tends to use drones for stories in more rural areas and for current affairs features rather than breaking news.

Closer home, NDTV began an initial experiment with mobile journalism about two years ago. Asim Warsi, SVP — mobile business, Samsung India, provides that the company and NDTV signed an agreement in 2017 wherein it provided Galaxy S8+ smartphones to the news organisation for the purpose of filming/recording of news and other programme/content. Suparna Singh, CEO, NDTV, testifies that the association is not time bound given the results of the pairing. “Both parties are gaining from the partnership and understand its tremendous value. We are seeing much faster reports, a big difference in costs and expanded news gathering because of the ease of shooting on phones,” she says. The World Economic Forum in Davos earlier this year was one of the biggest events NDTV covered using smartphones. Singh adds, “Our most senior anchors including Vikram Chandra and Prannoy Roy shot their big interviews using smartphones. It makes shooting and delivering the footage far less clunky, allows for a way more modern and real-time feel, and the quality is super.” Switching to smartphones for news gathering leads to a leaner team, relatively lesser equipment costs and bumps up the speed of reporting a news event in lesser time. The more traditional way of using ENG cameras and OB vans brings with it larger teams of two to three people, along with travel and miscellaneous costs, with longer turnaround times. “The cost differential between the ENG camera-OB van set-up and a smartphone news gathering method is clearly a 50% reduction; a two or three member team becomes a one-member requirement,” Ritu Kapur, CEO and founder, The Quint, notes. “You need at least a Rs 2.5-3 lakh camera. A good phone can be anywhere between Rs 70,000 to Rs 1 lakh.”

Artificial intelligence, not to be left behind, sees application in news gathering, too. Japan-based JX Press Corp with an employee strength of 24 (of which 17 are engineers and others in relevant business functions), is a shade shy of news agencies as we know them. The company uses AI to scan through Twitter, Facebook and Instagram primarily, and shares tip-offs, breaking events, live feeds and straightforward stories off press releases with at least five major TV networks and several regional newspapers in Japan. The onus of fact-checking, weeding out bias, adding depth and context may still lie with the media outlet disseminating the news, but the time typically taken between discovering and disseminating news can be brought down drastically. This is similar, in thought, to what The Washington Post has with Heliograf — robot reporting. This type of reporting allows technology to do the easily-programmable jobs of data mining and making sense of tip-offs, leaving fact-checking to reporters for more complex stories. But overall, this dramatically increases the breadth of topics that can be potentially covered by a newsroom. VR, on the other hand, is seen more as the ‘fun’ technology; given its uses in gaming, retail, beauty, etc, it has the potential to add layers to storytelling and allows for a differentiated presentation. CNN Digital’s first use of VR was in 2015. It now has a dedicated international team of journalists and complete video capability across its platforms. Bronte Lord, producer at CNN Digital, shares that the Eclipse of The Century VR 4K’s live stream garnered 5.7 million live starts, with 2.9 million from CNN properties (with support from Akamai) and an additional 2.8 million video views of the stream through Facebook 360. BBC crafts content to be able to deliver it via Google Home, Apple’s Siri and Amazon Alexa. A team of journalists is dedicated to produce content for the voice-enabled AI devices that churn out hourly news and sports updates. Radio content and podcasts are also delivered by these devices. The organisation is currently looking at cataloguing news by topics to facilitate voice searches and also providing more background to a news story if desired by the audience.

In need of disruption?

Where disruption as a practice in itself is almost expected in the business world now, the news sector cannot remain untouched by it for long. Although not at a significant scale, outfits that depend on AI to scour the web and social media for the latest happenings are growing, as are dedicated outlets that do nothing but fact-checking. Being a head of newsgathering via social media has become a dedicated (but not common) role at news organisations. While hearing of a start-up disrupting the news sector would be outlandish at this point, it may not be so a few years down the line. “The big news of the day is played through the day on TV with digital supporting it. Print is still the primary news gatherer, along with wire services,” says Kapur, summing up the Indian news landscape. Print may have moved a little more proactively towards digital as compared to broadcasters, whose primary resources are still going into TV channels.