While MSIL has maintained that it would utilise its cash in product development, R&D, marketing infrastructure and a higher dividend payout, it has calmed them to an extent. 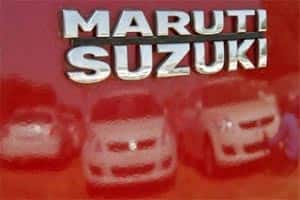 It was alleged that Maruti Suzuki abused its dominant market position by imposing unfair conditions for transporting its vehicles through car carrier trucks (CCTs). (Reuters photo)

Meetings between Maruti Suzuki India Ltd (MSIL) and its institutional investors in the last couple of weeks over its board’s approval of the contract manufacturing agreement (CMA) and lease deed with Suzuki Motor Gujarat (SMG) for setting up a plant in Gujarat has yielded results, as several institutional investors have finally agreed to the firm’s proposal.

“There are still some concerns, but institutional investors have more or less aligned with the company’s decision and in all likelihood they will vote in favour of the proposal which is expected to come for minority shareholders voting soon,” said a senior official with a mutual fund that was part of the discussions. He, however, said that investors are still concerned over the fact that if SMG makes the investment then “will MSIL be able to generate 25 per cent ROE on its cash from other avenues. It is a big question mark and we are not sure if that can be done.”

While MSIL has maintained that it would utilise its cash in product development, R&D, marketing infrastructure and a higher dividend payout, it has calmed them to an extent. Another investor said that at the time of first proposal by Suzuki in January 2014, shares of MSIL were trading between Rs 1,600 and Rs 1,800 per share but now they at around Rs 4,500.

The date for voting will be decided in the October 27 board meeting of the company. While the voting may be done over the next month, being a related party transaction, it will need the approval of 50 per cent of minority shareholders. A senior company official said that they were hopeful of getting the minority shareholders’ approval.

Goldman Sachs has recommended ‘buy’ on the stock. It said that the pact could free up resources to focus on “new launches, R&D, marketing and distribution to defend market share against rising competition.”

It further noted that by backing its biggest volume and earning contributor, and leveraging its manufacturing and low cost of capital, Suzuki will capitalise on the growth opportunity that could offset declining demand in Japan and tepid demand in other markets.

In January 2014, Suzuki had proposed to Maruti to set up a 100 per cent-owned manufacturing plant in Gujarat to meet the needs of Maruti’s capacity requirements. While investors had opposed to the proposal then, they are learnt to have softened their views as MSIL too has taken note of their concerns on various aspects including getting SMG’s financials audited by one of the top 4 audit firms and Maruti to have the right to inspect SMG’s financial statements among others.