With high demand for content on TV and digital media, it may be a wise time to retain intellectual property rights but the question is whether content producers are willing to take the risk. 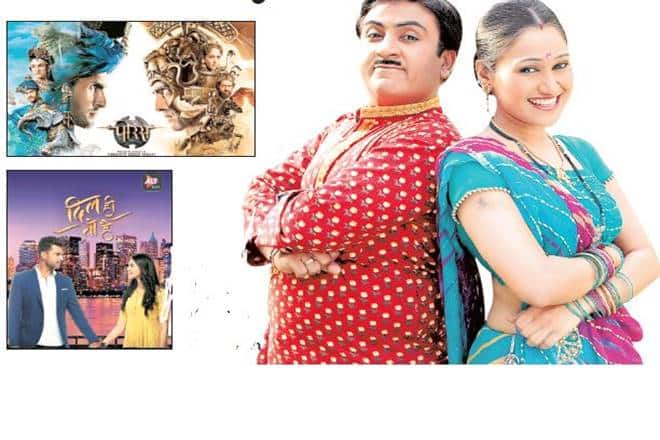 With over 30 GECs spread across Hindi and regional languages, and more than 35 OTT players — both domestic and international, the demand for content has never been as high as it is currently in India.

With over 30 GECs spread across Hindi and regional languages, and more than 35 OTT players — both domestic and international, the demand for content has never been as high as it is currently in India. This presents an opportunity for content producers. However, most of them do not own intellectual property rights (IPR) for the content they supply.

In India, the broadcaster — Star, Zee, Sony, etc — commissions a show produced by a production house. When the broadcaster signs a contract with the production house, a fee is agreed upon which the channel is bound to pay irrespective of how the show performs. As a return for the risk involved, the channel gets to own the IPR for the content. This means that the channel can later license the show to other international markets, dub it in other languages and air it on regional channels, make deals with airlines or any content acquiring platforms. In India, as a result of owning the IPR, broadcasters get to stream it on their own OTT platforms. In some cases, broadcasters even license content to an international streaming platform. But with digital gaining significance, what does all this spell for the content market?

Avenue for revenue
Producers usually get very little or nothing from the incremental reach and revenue that digital offers today — something that can be bothersome, especially to large players. In 2017, when Swastik Productions launched its marquee expensive show Porus, it took a risk and chose to own the IPR. Last month, Balaji Telefilms made a similar decision — Dil Hi Toh Hai, an Ekta Kapoor-produced show which airs on Sony, is already streaming on ALTBalaji and is not available on Sony Pictures Networks India’s VoD platform SonyLIV. “With growing digitalisation, there has been a growth in revenue streams and transparency. Hence, IP owners stand to gain from long term monetisation. Strategically, it is good to create and own IP,” says Sunil Lulla, group CEO, Balaji Telefilms.

Also Read
RIL Q3 results preview: Net profit to likely fall, here’s how much; eye on Jio, retail performance
Swiggy to slash around 8-10% of workforce
Bikanervala will open 10 outlets in Gurgaon in 2023; will launch one outlet in Canada, two in UAE
New CEO Kumar set to push reset button at Cognizant

While Balaji and Swastik are recent examples, Neela Tele Films’ Taarak Mehta Ka Ooltah Chashmah is one of the rare earlier ones from yesteryears. Asit Kumarr Modi, producer and founder, Neela Tele Films decided to retain the IPR of the sitcom that first aired in July, 2008 (with the exception of Hindi TV airing rights which are with SAB TV). More than 2,500 episodes have already aired on SAB TV and the show is still running. Owning IPRs opens up back-up plans, feels Modi. “Traditionally, producers failed to monetise on their own and that is why hardly anyone owns IPR,” he notes. “The characters belong to us, the script belongs to us — I can dub it and offer it to regional channels. Owning IPR opens up many avenues for revenue.”

Not only producers, but broadcasters also sense the opportunity for content creators in India. Sony Pictures Networks India recently announced the launch of a studio business — Studio NXT — to develop original concepts and create IPs for both Sony as well as other channels. “We will not restrict it to TV only; we plan to create finite shows for digital platforms too,” informs Danish Khan, business head, Sony Entertainment Television.

But what about broadcasters?
Are broadcasters worried about losing out IPRs? Not quite. “Owning IPR is a decision driven by finances,” says Khan. “At this stage, broadcasters are taking all the risks; producers create the show and before the show gets any feedback, they have already profited. IP creation and retention is about conviction, and taking both the upside and downside.” Furthermore, the content business involves high risks, with only 25% of content tasting major success according to experts. “So if producers want to retain IPRs and are willing to share risks, broadcasters will save a lot of money which they can invest in developing concepts and creating original IPs,” adds Khan.

Lulla asserts that Balaji Telefilms is willing to take the risk to retain IPRs. “We do so for our movies, our content on ALTBalaji and have now begun doing so for the content we create for our TV partners too,” he says.

So who is willing to bear the risk here depends on the nature of the deal inked with the broadcaster. “If the channel is willing to pay high margins, then given the producer’s lack of ability to monetise, it makes sense to give away the IPR. But if the budget is constrained, then the producer must fight for the IPR as it opens up the gateway to revenue later,” sums up Modi.