Competition Commission pulls up builders for exploiting buyers; but lets them off 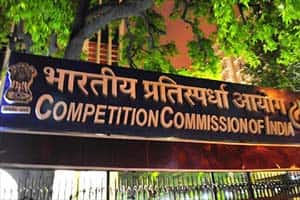 Coming hard on real estate players across-the-board for “exploitative conduct” and unfair trade practices, the Competition Commission today asked them to mend their ways, but stopped short of penalising them due to lack of evidence.

The fair trade watchdog also said there is an urgent need for a strong regulatory mechanism and immediate legislative steps to safeguard the interest of buyers in this sector.

Disposing of a case against 21 realtors and their industry body CREDAI without any penal action, the fair trade regulator asked them, as also all the players in the sector, to “take appropriate voluntary measures to address the concerns”.

Noting that the sector lacks “market pressure” to prod the players to improve their services, the CCI also called for “immediate and urgent” legislative steps to enact a law which will supplement the existing regulatory architecture to address the buyers’ grievances through a mix of structural and behavioural remedies.

The observations have been made by CCI in its 127-page order following a probe against 24 entities, which included 21 real estate firms such as Amrapali, Ansal, BPTP, Omaxe, Oberoi Realty, Parsvnath Developers, Puravanakara, Supertech, Unitech and Tata Housing Development Company.

The Competition Commission of India (CCI) said it is not taking any penal action as the complaints against them related to abuse of dominant position and for anti-competitive arrangements, for which there were not sufficient evidences.

“Notwithstanding the findings recorded in this order, the Commission is of the firm opinion that issues raised by the Informant are not only pertinent but need to be addressed by the policy makers and regulators through appropriate legislative tools in tandem with the self-regulatory role played by CREDAI,” it added.

In the present case, due to the nature of the market structure, sufficient evidence was not found to establish an arrangement spanning across the regions and players.

“Notwithstanding the findings of the Commission on this issue, it is nobody’s case that the sector does not suffer from lack of competitiveness and consequent unfair conduct resorted to by the players,” CCI said.

“In the normal competitive markets, market participants would continuously strive to beat each other through a bouquet of better product offerings in terms of quality, pricing as well as terms. However, it has been observed by the Commission that there appears to be no market pressure which can prod the participants to improve their services,” the fair trade watchdog said.

The case relates to alleged arrangement amongst realty players have agreements amongst themselves on the marketing front as well as common understanding on conditions to be imposed on buyers.

The complaint was filed by an individual against Tulip Infratech and 23 others.

It was alleged that buyers agreements by the real estate firms though not identical, have certain similarities and common points which are exploitative.

Carrying out a detail probe into the charges, the investigation arm of CCI — the Director General (DG) — found that practices were being carried on by builders in India by way of a tacit agreement.

Investigation by DG further concluded, among others, that making provision of services by realty developers “contingent upon acceptance by buyers of certain clauses incorporated in the sale agreements, tantamounts to controlling the provision of services in contravention of…the (Competition) Act”.

While observing that the consumers in the real estate market face various hardships, CCI said that it “did not find any collusion between the parties due to the absence of evidence in the present case, the same is in no way suggestive of any intrinsic fairness of the impugned clauses”.

The Commission also noted that in recent times the self-regulatory standards in the sector have shown a decline.

“The need for external regulation to supplement self-regulation is constantly felt,” CCI said adding that role of CREDAI as the apex body for private real estate developers in India also needed to be “harnessed”.

“It is hoped that CREDAI shall follow its stated objectives to maintain integrity and transparency in the profession of real estate development”.

In its probe, the DG noted that “in the absence of any substantive evidence”, it had not find any contravention of the provisions of the Act by CREDAI”.