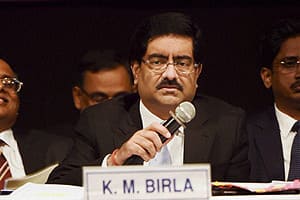 With a special CBI court issuing summons to industrialist Kumar Mangalam Birla as an accused in a coal scam case, apex industry body CII today said such orders can create “uncertainty and anxiety among investors” and dissuade them from investing in the country.

The chamber also said: “It is our belief that Birla represents the progressive face of Indian industry, which does not indulge in crony capitalism and carries out his businesses by the book.”

CII said the court “is absolutely within its rights to proceed on legal course, (but) industry would like to see that investor and the business community at large does not get the wrong signal on such matters and the way these are handled”.

“Such judicial orders create uncertainty and anxiety in the minds of investors and dissuade businesses from investing in the country and take forward the ‘Make in India’ initiative,” the industry chamber said in a statement.

CII said that reputations of institutions and individuals take years to build and can be easily destroyed by actions if they are not well thought through.

“Companies such as Hindalco have already made significant investments in the project and are now facing an uncertain future. This raises the transactions cost of business and would dissuade companies from contemplating green-field investments in the country in the future,” the chamber said.

Former Prime Minister Manmohan Singh, Birla and former Coal Secretary P C Parakh were summoned as accused by a special CBI court which observed that Singh was roped into the criminal conspiracy to “accommodate” Hindalco Industry in Talabira-II coal block allocation in 2005.

Stating that it was looking forward to a transparent and conducive environment for doing business which would reduce the scope for discretionary action, CII said the underlying issue of allocation of natural resources would need to be addressed.

“There is no one method which applies to all natural resources, when it comes to pricing and allocation. However, every effort must be made to ensure that the process followed for a particular kind of natural resource ensures that there is no human discretion possible, even while ensuring that the national interests are given supremacy,” CII said.

The process of coal block allocation has to be such that there is no scope for discretionary decision making.

Earlier in the day, Hindalco said none of its officials, including Chairman Birla had pursued any unlawful or inappropriate means to secure allocation of Talabira-II coal block in Odisha.

Reacting to the special CBI court’s summons, the company said that it would defend its case through “legal process” after studying order of the special court.