Coal India Ltd needs to ramp up its production by about 7-8% month-on-month given the present stock levels are at about 40% of normative stock requirement. 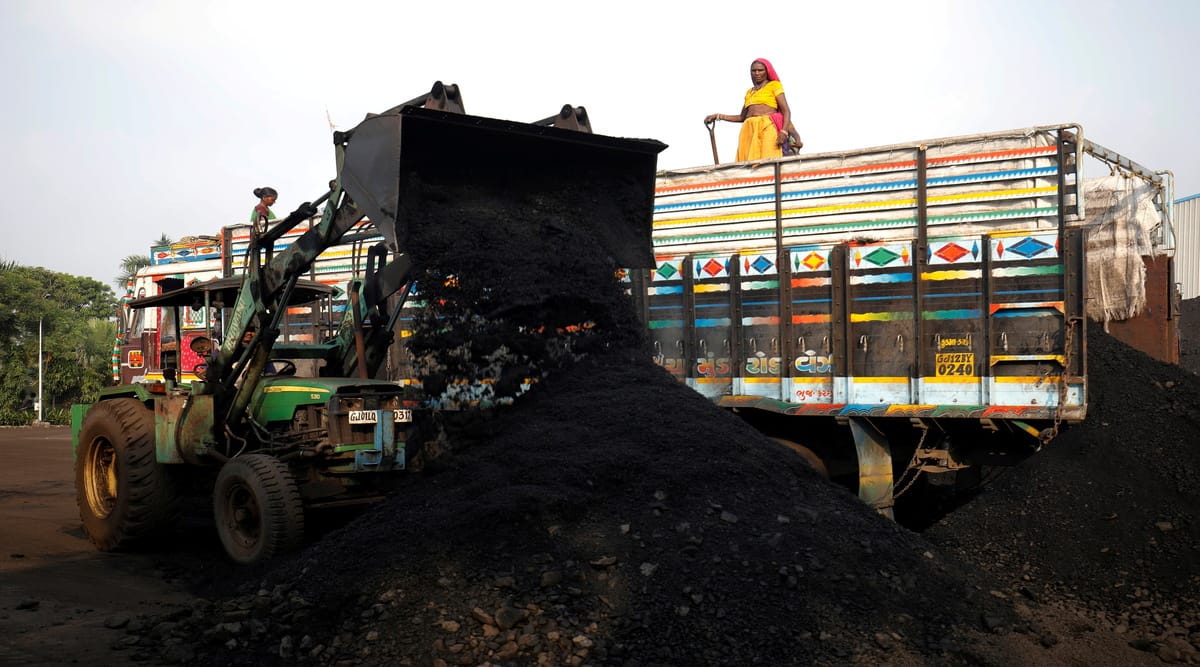 India, along with China and Japan, is a net importer of coal( File Photo: Reuters)

Thermal coal from Indonesia accounts for nearly half of India’s annual coal imports. The Indonesia government’s recent coal export ban may disrupt supply and raise prices, experts say. “It looks like the coal shortage has eased for now as demand for power decreases during winter months and coal production increases. However, it will continue to remain a key monitorable until demand peaks again in summer,” Ajit Mishra, Vice President, Research at Religare Broking, told Financial Express Online.

“Based on latest coal consumption and requirements data, coal production & hence dispatch levels to power sector entities along with regulation to other sectors, is required to further go up by around 7-8% MoM so as to improve the coal stock position from nine days to 15 days over the next 3-month period,” ICRA’s Kadam said. Coal inventory at power plants has improved from the lows of four days in early October but still remains inadequate at nine days as of December-end.

CIL is planning to ramp up production by over 8 per cent to 220-225 mt for the quarter ending March 2022, CareEdge Research said in a note. “Over the medium term, CIL aims to maintain a steady supply of coal to power plants to avoid a disproportionate demand-dispatch scenario, and also reduce the requirement of coal imports in the substitutable category. With the continued high dependence on imported coal, to achieve the country’s demand for coal, the domestic coal production will have to significantly ramp up,” the note added.

Prices to remain elevated due to Indonesia’s export ban

International coal prices have now fallen by almost half but still remain elevated, and with the Indonesian government’s decision to ban coal exports, prices are expected to rise further, ICICI Securities said in a note. “Recent ban imposed by the Indonesian government on export of coal in Jan’22 to cater its higher domestic demand, may again result in global coal shortages. Further, demand for coal is higher in most major coal importing countries, including Japan and South Korea, due to higher economic activities. Thus, the ongoing global coal demand-supply dynamics indicate rise in prices over the next few weeks,” the note added.

In India, coal still accounts for about 70% of power generation in the country, and CIL meets 80% of India’s coal requirements. Yet, Coal India’s output hasn’t kept up the pace. CIL’s coal output was 606 mt in 2018-2019, 602 mt in 2019-2020, and 596 mt in 2020-2021. Contrast this with various governments’ efforts to ramp up Coal production in the 1992-2010 period. India has the world’s fourth-largest coal reserve, with around 300 billion tonnes of coal; but it imports approximately 250 million tonnes of coal per year. The demand for coal in India is nearly a billion tonnes a year, and the supply is below 800 million tonnes.

The ability to ensure the adequate coal availability by CIL remains critical, ICRA’s Kadam said. CIL is likely to be a preferred coal supplier for domestic consumers in the medium term, considering the global supply crunch, as it provides power at about 50% discount in comparison to international prices, according to brokerage firm ICICI Securities.

Powering up through imports

According to the International Energy Agency, India will become the world’s largest Metallurgical coal or coking coal importer at 74 mt by CY 2024, overtaking China, ICICI Securities said in a note. India’s coal imports are estimated to increase 12.9% over CY 2021 to 237 mt, the note added, citing IEA. India along with its Asian counterparts China and Japan rank amongst the top net importers of coal. Going ahead, India may look for imports to meet its coal supply needs, according to Religare Broking. “The government is trying to bring more mines under usage while companies are working to raise more output. Despite high international prices, India may look for imports in the coming time, if needed,” the brokerage added.