As mobile data gets cheaper and digital infrastructure undergoes an overhaul in India, digital music streaming services are investing in exclusive content to stand out. 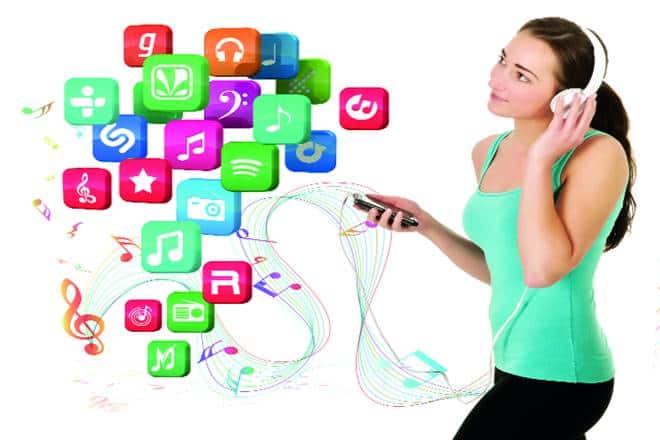 The Indian music industry continues to shift towards digital consumption.

Fifteen years ago, if one looked at the music industry, one could have inferred that record labels were dying a slow death and piracy was the final nail in revenue’s coffin. However, the rise of music streaming apps, globally and in India, has revived the industry and is eventually helping growth both in terms of size and revenue.

In a country like India where music is inherently part and parcel of one’s daily life and with platforms enabling one to hear as well as watch songs across genres, the music industry is expected to grow to `2,540 crore by 2021 from an estimated `1,220 crore in 2016 at a CAGR of 15.8%, as per the FICCI-KPMG Media and Entertainment Industry Report 2017. The report goes on to highlight that digital music now generates an estimated revenue of over 70% of the overall size of the music industry while synchronisation, performance rights and physical channels contribute to the remaining share.

The Indian music industry continues to shift towards digital consumption. According to a 2014 report by Nielsen, 27% of the population around the globe discovers new music from music streaming apps and is growing by 7% annually; thanks to the ease of tuning into the music from around the world while on-the-go.

In 2016, India had surpassed the US as the second largest smartphone market with 220 million active users, according to a Counterpoint Research report.

“Wider smartphone coverage, cheap data plans and the proliferation of streaming service providers such as Gaana and Saavn have driven growth. The reach of the digital medium has also prompted large music labels such as Saregama to move into this segment,” points out Swarnava Adikhary, senior economies and consumer analyst, Euromonitor International.

What also helps is that many music streaming services in India are run by local telecom and internet companies; for instance, Reliance Jio has Jio Music, or there’s Wynk Music by Bharti Airtel and Gaana by
Times Internet.

As consumers adopt digital streaming as a medium for music consumption, the market is seeing the entry of newer contenders, in addition to established players like Saregama, Gaana, Hungama, Saavn, etc. Recently, ticketing company BookMyShow launched its music service — Jukebox. “During our research and consumer studies, we realised that we can play a significant role in this (audio entertainment) space,” says Aditya Kuber, associate VP — audio entertainment, BookMyShow.

Kuber further adds, “With Jukebox, we aim to ease the consumption of audio entertainment by creating a destination which is different, fresh and highly engaging.”

Customisation is the keyword today. To differentiate themselves, music streaming services are leveraging digital technologies from big data to artificial intelligence.

For Jukebox, the key focus is the user experience by offering music playlists curated by experts like Rohit Barker, Nikhil Chinapa, Brian Tellis and HrishiKay. “Moreover, the inclusion of a vast library of multiple original talk shows offers users a new avenue of entertainment,” adds Kuber.

Going a step ahead, Saregama has launched digital music in physical form — Carvaan, a digital audio player supporting 5,000 songs preloaded in digital format on an internal hard disk, based on artistes and moods. “Buoyed by the success of Carvaan, we have now launched Carvaan Mini, a bluetooth speaker that supports 251 of the greatest hits,” informs Vikram Mehra, MD, Saregama India.

There is an obvious trend that these music apps are slowly transforming themselves into platforms from being just an application, by customising and integrating with third parties (like how Gaana created a chatbot last year with Facebook Messenger), and providing other value added services to retain customers.

The year 2016 saw a spike in music streaming volume with around 50-60 million active monthly users on these apps. The consumer is changing and getting accustomed to streaming. Nearly 75% of the music video consumption is driven by 16-35 year-olds while 80% of music is consumed on smart multimedia devices, as per the FICCI-KPMG report.

Siddhartha Roy, CEO of Hungama.com feels that audio files take up less space on a smartphone and hence, cater to even the least common denominator. “We offer both video and audio on our app leaving it to the consumer’s discretion. Video is still important as even today, most people search for a song by an actor’s name and not of the singer,” he says while adding that apart from Hindi music, regional music (Punjabi, Tamil, etc) too has seen a spike in consumption in the last couple
of years.

While there are some who believe that the concept of listening has been brought back by radios and enhanced by streaming apps, Mehra highlights one of the insights in Saregama’s consumer research shows that many customers missed the listening to Vividh Bharti playing in the background while they continued with their work. “There is still a big audience that wants to passively listen instead of always actively watching music,” he says.

The apps today have daily active users and monthly active users where the latter largely add to the revenue stream for these platforms. “Good content available on the app, generating ad revenue and managing costs effectively are the three things that these apps need to keep in mind to proliferate, because freebies are always dearer to heart,” says Dhanraj Bhagat, partner, Grant Thornton India LLP. Therefore, going ahead, service providers need to attract more users to the subscription model instead of the free service plus an ad model to grow revenues.

With this under control, many agree that compared to the West, we lag behind when it comes to streaming music apps but with a huge youth population and improvements in the digital infrastructure, the industry could see a 30-40% growth in the coming years.