Chennai floods have ravaged the city and travellers are facing as many problems as the residents there. private carrier Jet Airways today looked to provide its passengers some relief in these troubled times. 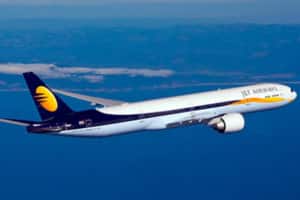 Chennai floods have ravaged the city and travellers are facing as many problems as the residents if not more as their schedules have gone awry and they are having to fend for themselves in a strange place. Looking to provide its passengers some relief in these troubled times, private carrier Jet Airways today announced that it will allow ‘full refund’ or ‘free of charge’ rescheduling of confirmed tickets between December 1 and December 8, for its Chennai flights on account of the disturbances caused by rain.

Since Chennai airport is closed till 12 noon on December 6, Jet Airways said that in the interest of safety of its guests, crew and aircraft, the airline has cancelled all its flights to and from Chennai until December 6.

The rescheduling for Chennai, however, will be subject to the availability of seats, Jet Airways said in a release.

Authorities have had the Chennai airport closed for operations till December 6.

Jet Airways guests with confirmed tickets to and from Chennai between December 1 and 8, 2015 will be allowed full refund or complimentary change of booking to alternative dates, depending on seat availability, the airline said.

The Jet Airways customers in Chennai or heading towards that city have been advised to visit its website or call its call centre on (city code) 39893333 for information on their flights, the airlines said.