Chennai airport closed: The closure of Chennai airport has been extended till December 8, the Air India said today even as Airports Authority of India (AAI)was monitoring the situation to take a decision on resuming normal operations. 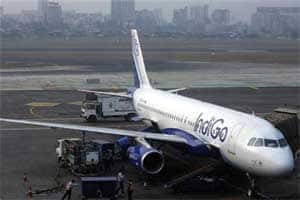 Rohit Philip comes in place of Pankaj Madan, who has put in his papers, would be joining the no-frills carrier from global document management and business services major Xerox Corporation.

Chennai airport closed: The closure of Chennai airport has been extended till December 8, the Air India said today even as Airports Authority of India (AAI) was monitoring the situation to take a decision on resuming normal operations.

“The closure of the Chennai Airport has been further extended till 1100 hours of December 8, 2015,” Air India said mentioning it in a statement a statement about its flights to Hyderabad and Port Blair from Chennai.

In the wake of heavy rains and flooding of the runway and nearby operational areas, AAI had closed the airport for normal operations on December 2 till December 6.

When contacted, an AAI spokesperson said the situation at the airport was being constantly monitored and a decision on extending the closure period has not been taken yet.

Limited operations of ferry flights from the airport began today and Air India operated as many as four such flights.

Air India said special operations to Hyderabad and Port Blair were carried out yesterday and today.

“Four aircraft that were held up at Chennai airport have left. Two aircraft have gone to Mumbai, one each to Hyderabad Port Blair,” Air India the statement said.

Air India also claimed that it has kept fares at the lowest level besides waving off cancellations and refund charges for all passengers travelling to or from any station and Chennai till December 15. “The airlines has not increased any fares during this period,” it added.