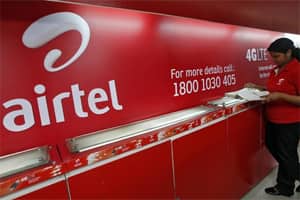 Telecom Regulatory Authority of India chairman Rahul Khullar does not see any illegality in Bharti Airtel’s move to charge customers a higher rate for making voice calls from its network using apps like Skype, Viber, etc, than what it charges for surfing. In an exclusive interview with FE, Khullar while agreeing that the move is against the principle of net neutrality pointed out that so far there’s no policy or regulatory framework in the country which says that net neutrality should be maintained.

“Let’s be clear on this. What the company plans to do is certainly not in conformity with net neutrality. But one cannot today say the move is illegal as there’s no policy either by the government that net neutrality is our principle or a regulatory framework put in place by the regulator,” Khullar said.

However, going ahead Trai will bring the over-the-top (OTT) players like Viber and Skype under some sort of regulations and is in the process of bringing out a consultation paper on the subject. “If the telecom players fall under a set of rules, then should not the OTT players be also brought under some kind of rules? Otherwise there would be a non-level playing field,” he said.

Net neutrality means that a consumer has access to all forms of content in a similar manner and not in a way where a service provider slows or fastens the speed depending on whether the site has paid for it or not.

Pointing out the ways OTT players could be brought under regulation, Khullar said that there could be licensing norms for them also wherein they have to pay licence fees to the government on a revenue-share basis. The other option, which is simpler, is that a termination charge is put on calls originating from Viber or Skype kind of services.

In the first scenario, the OTT players would be brought under a licensing regime similar to mobile operators where an entry fee would have to be paid followed by revenue share licence fee as a percentage of adjusted gross revenue. There are globally examples of such a practice, for instance in France. The moment this happens the services of OTT players would not come for free and a level playing field would emerge between them and the mobile operators.

However, Khullar said that in this scenario only the communication aspects should be brought under regulation and not the commerce side. This means that a service like Viber, Skype or WhatsApp used for communication (voice or messaging) would be regulated but commercial services like Facebook, which are advertisement-driven, would be left out. This is how the European nations have tackled the issue.

In the second scenario, the principle of termination charge (which currently applies to mobile operators) can be levied on OTT players offering voice calls. “So if calls are made using voice over internet, the operator on whose network it ends would need to be paid a termination charge. The good thing here would be that there would be no need for pricing the data packs differently for voice and data and since every operator has a smart network which can identify voice calls made over the net, and can bill the originating party a termination charge,” Khullar said.

“All these issues would be debated through the consultation paper which should be out by next month,” Khullar said.

So far in India the principle of net neutrality has been maintained by all players. However, with the growth of OTT players like WhatsApp, Viber and Skype, operators have started losing revenue to them. Their contention is that these players use their communication pipe to provide free messaging and voice services and can afford this because they do not have to pay any regulatory/licence fee to the government. However, mobile operators have to invest heavily in networks and are subject to all kinds of charges.

The country’s leading telecom operator Bharti Airtel earlier this week decided that from next month it would bring out differential rates for surfing the web and making voice over internet calls wherein the latter would be priced higher. This has attracted criticism in the social media.