Call drops: Trai says won’t ‘shy away’ from its duty

With its penalty provision for call drops annulled by the Supreme Court, telecom regulator Trai today said it will not “shy away” from protecting consumers and the matter… 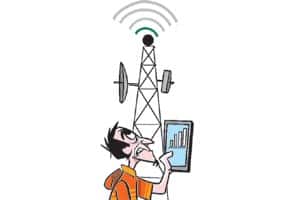 TRAI and mobile phone operators on Thursday decided to meet every two weeks, to sort out issues and concerns surrounding call drops.

With its penalty provision for call drops annulled by the Supreme Court, telecom regulator Trai today said it will not “shy away” from protecting consumers and the matter is being discussed internally for taking an appropriate step in this regard.

Telecom Regulatory Authority of India (Trai) Chairman R S Sharma also said ‘drive tests’ have been conducted in 11-12 cities to analyse the menace of call drops and the results are being processed before being made public.

Amid a huge public outcry over frequent call drops on various mobile networks, Trai had put in place new regulations providing for penalty on telecom operators for dropped calls. However, this was set aside by the Supreme Court earlier this month.

Asked about the next course of action by Trai, Sharma said, “We are discussing the issue internally at Trai and we will come out with an appropriate step at an appropriate time.”

Sharma told reporters here: “Among various liabilities that Trai has, consumer protection is also one of them, and we cannot shy away from our duty.”

The Trai regulation had mandated mobile providers to compensate consumers Re 1 for every dropped call subject to a maximum of Rs 3 a day. Scrapping this rule, the Supreme Court said on May 11 that the regulation was “ultra vires, arbitrary, unreasonable and non-transparent”.

Trai has also been frequently conducting random test drive to check status of call drop network which most telecom operators failed to clear. The companies, however, have contested the result findings of the regulator.

As per Trai benchmark, not more than 2 per cent calls on a telecom operator’s network should get automatically disconnected.

On test drives being conducted by Trai on call drops, Sharma said, “We have recently tested in 11-12 cities. We are processing their results. We will publish them very soon.”

The previous drive tests were conducted by the regulator during December-January this fiscal in seven cities — Delhi, Mumbai, Pune, Surat, Bhubaneswar and Indore.

Most of the telecom operators, including state-run MTNL, failed in the random drive tests.