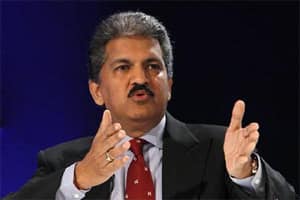 Highlighting that deregulation, trade liberalisation and infrastructure development are key factors for attracting investments in India, Kojima said: “Prime Minister Modi has initiated a wide range of reforms and I am sure these will help achieve those goals.”

Speaking at the India Economic Summit here, Kojima said it was difficult to do business in India as “different states have different regulations and taxation” and Japanese firm like Mitsubishi were keenly looking forward to Modi’s assurances given during his visit to Japan in September to bring about a change in the system.

Expressing similar sentiments, Mahindra pointed out that once the infrastructure projects get going, investments will start flowing into India that will help spur growth.

“The trigger will come when infrastructure spending starts. Once you see the backhoe loaders out there digging up, showing sign of activities, we will see flicker of growth in the coming months…by the first quarter of next fiscal, you will see palpable signs of growth,,” he added.

Stating that there is an opportunity for “the new India” under the current NDA regime to showcase itself to the world as business and political leaders gather at the summit in the next two days here, Mahindra said the steps taken by the government which “the world sees as incremental reforms”, would add up to big reforms. But it was also “time to for us walk the talk”, he added.

On her expectations going forward now that India has a new government, Chairperson and Editorial Director of HT Media Shobhana Bhartia said: “It is a very interesting period for us to pause and look and what has happened and what we can expect going forward. Specifically in connection with employment.”

“People keep talking about India’s demographic dividend,” she said, adding but the greatest challenge for India, which has 65 per cent of population under the age of 30-35 years, was to now find job for them”.

Stating that there is “a huge employability-education mismatch” she said “it needs to be addressed if we have to sustain the kind of growth we are looking at.”

India has undertaken a commitment to skill 500 million people by 2022, but it doesn’t have the capacity to do that and hence it needs to look at the education system, Bhartia added.

Agreeing with her, Mahindra said to prevent “demographic dividend from turning into a disaster” there was a need to enhance public-private partnership for creating the capacity to train people and generate jobs.