Burger King to spice up global market with Indian menu 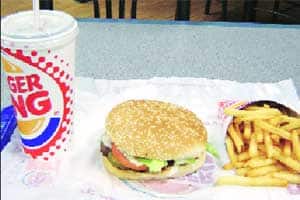 Burger King could soon replicate its Indian menu at some international locations. A late entrant into the crowded Indian market, the American burger chain had chosen to create its Indian menu from scratch, an idea which appears to have paid rich dividends.

Burger King International Miami and Burger King APAC could soon be exploring the possibility of including some of the Indian offerings in their menus in restaurants abroad, said Raj Varman, CEO, Burger King India.

“We have created an entirely new menu for India, and none of the products are from our global portfolio as we wanted to start from scratch,” he said. This includes vegetarian patties made from entirely different base materials — one with mutton and six options in chicken — he said, adding that, in India, the company is going with a zero-beef, zero-pork product policy.

The chain is known worldwide for flame grilling and, in India, it will use this technique for patties. Also on offer are a spicy bean burger and a paneer burger with cheese. Prices begin at Rs 35 for vegetarian burgers and Rs 49 for the chicken variety. A veg combo costs Rs 69, while the chicken combo comes for Rs 79. The combo includes a burger, a drink and fries.

Burger King will soon launch its first outlet in Pune, thus venturing into a third location after Mumbai and Delhi-NCR. Plans are afoot to enter Bangalore, Chandigarh, Jallandhar and Punjab as well in the next 6-8 months The burger quick service restaurant (QSR) market is about 2% of the overall market, with the latter expected to double by 2018 to approximately Rs 26,000 crore, according to a report by McKinsey. Varman said the QSR market in India has been growing and the company would benefit from it.

Globally, Burger King has over 13,000 outlets, which serve 11 million customers daily in 79 countries. But it is a late entrant into India where rivals like McDonald’s, KFC, Pizza Hut and Subway are already well entrenched. For instance, category rival McDonald’s has been in India for nearly two decades now.

On a daily basis, a larger company outlet sells around 1,200-1,300 burgers, while smaller ones sell some 500-700. On weekends, the number of burgers sold could go up to 2,500-odd, he said. Yet, the company has no plans of setting up its own facility. For raw material, the company has tie-ups with vendors it sources from globally, such as Pepsi, McCaine, Field Fresh Foods, Del Monte and OSI, among others. Venky’s and Vistas supply the patties as per company specifications, he said.

As on date, the company has around $ 250 million in hand and is cash-rich, Varman said, adding there is no immediate requirement for funds. In India, the American company has chosen to adopt the master franchisee route, and has set up a joint venture company in which Everstone Capital holds the majority stake, Varman owns a small stake, while the rest is held by Burger King.