Auto supplier Robert Bosch GmbH concealed the use of Volkswagen AG’s secret “defeat device” software that it helped design and demanded in 2008 that the German automaker provide legal protection in its use, lawyers for American owners alleged in a court filing. The filing on Friday in US District Court in San Francisco expands on […] 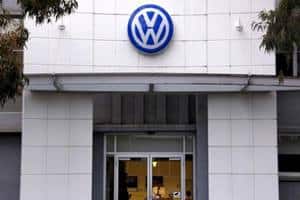 Management and labour leaders are currently seeking to reach agreement on cost cuts and strategy in time for a Nov. 18 meeting of the supervisory board to ratify spending targets across the group for the coming years.(Source: Reuters)

Auto supplier Robert Bosch GmbH concealed the use of Volkswagen AG’s secret “defeat device” software that it helped design and demanded in 2008 that the German automaker provide legal protection in its use, lawyers for American owners alleged in a court filing.

The filing on Friday in US District Court in San Francisco expands on claims plaintiffs lawyers made in August, when they alleged Bosch was a “knowing and active participant” in Volkswagen’s decade-long scheme to evade U.S. anti-pollution laws. Bosch lawyers said last month those claims were “wild and unfounded.”

VW has admitted that it installed improper software that deactivated pollution controls on more than 11 million diesel vehicles sold worldwide and has agreed to spend as much as $16.5 billion in the United States to address emissions issues, including compensating owners of 475,000 2.0-liter diesel cars.

The new filing offers the most detailed list of claims against Bosch. Lawyers are also seeking redress for owners from Bosch.

The new court filing includes portions of the allegations that were initially redacted in August by the plaintiffs under court rules and says Bosch “did not disclose its knowledge of the illegal defeat device in any … communications with US  regulators.”

The filing said Bosch demanded in 2008 that Volkswagen indemnify it over the use of the software designed by the German auto supplier, citing a June 2008 email from Bosch to VW.

The email demanded “Volkswagen indemnify Bosch for any legal exposure arising from work on the defeat device,” the lawsuit said.
0
The lawyers said VW apparently refused to agree to Bosch’s request but said they are still investigating.

A US Bosch spokeswoman and Volkswagen did not respond to a request for comment late Tuesday.

Bosch makes an engine control unit used by several top automakers including VW. It supplied software and components to VW but has said responsibility for how software is used to regulate exhaust emissions or fuel consumption lies with carmakers.

Bosch has not been charged with any wrongdoing. German prosecutors said in December that they were investigating whether staff at the Stuttgart-based company were involved in the rigging of emissions tests by VW.

Denner said in January he had ordered an internal investigation and was cooperating with authorities. In April, Bosch said it had set aside 650 million euros for potential legal costs, including for a continuing investigation into the company’s role in Volkswagen’s emissions scandal.

In June, Deputy US Attorney General Sally Yates said the VW investigation is looking at “multiple companies and multiple individuals.”