“If we want to help people feed, heal, educate and employ themselves, we need to ensure they can connect to the Internet,” said Sunil Mittal. 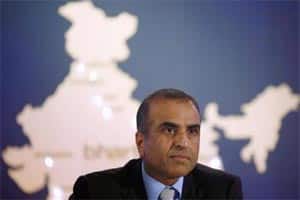 "If we want to help people feed, heal, educate and employ themselves, we need to ensure they can connect to the Internet," said Sunil Mittal.

Bharti Enterprises Chairman Sunil Mittal today called on leaders of the world’s biggest 20 economies (G20) to ensure Internet access for all saying easy and affordable connectivity is a key driver for growth.

Speaking at the B20 session, held on sidelines of the G20 Summit, he also highlighted the need for simpler and easier global trading norms and investments in infrastructure and said the world needs to create more employment opportunities for women and youth.

For revival of global business environment, he said the WTO’s Trade Facilitation Agreement needs to be ratified and implemented. India is yet to ratify the WTO pact.

Mittal, who is also the Vice Chairman of International Chamber of Commerce (ICC), urged world leaders to commit and invest in developing digital infrastructure to deliver a brighter and more prosperous future to their citizens.

Stating that Internet can become the cornerstone of a more inclusive global economic growth, he underlined “the need to bridge the global digital divide and provide easy and affordable access to Information Communication Technologies.”

“If we want to help people feed, heal, educate and employ themselves, we need to ensure they can connect to the Internet. The challenge of connecting the world will require us to take many different and complimentary actions in the coming years,” he said.

Highlighting the four-point agenda outlined by the ICC B20 for the revival of the global business environment, Mittal said new WTO research suggests that the TFA could boost global trade flows by an unprecedented USD 3.6 trillion, creating more than 20 million jobs in the process.

“The impact of implementing the TFA would be greater than eliminating all remaining tariff barriers the world over-and could lead to an increase in SME exports by up to 80 per cent in some economies as the Internet opens up new market opportunities,” he noted.

Although 51 countries have ratified the TFA to date, 108 are required to do so for the agreement to enter into force. IBAC members are calling on the G20 economies to do all they can to speed effective implementation of this landmark agreement in the months ahead.

“The world’s leading economies need to articulate coherent national strategies to repair and invest in their infrastructure,” he said.

The size of the problem requires urgent action: the worldwide spending gap on infrastructure is forecast to reach USD 15-20 trillion by 2030.