Beijing has adopted a smoking ban in all indoor public spaces including workplaces and public transport. 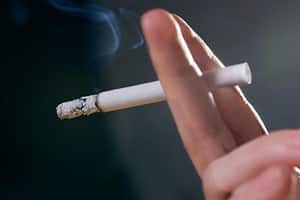 Beijing has adopted a smoking ban in all indoor public spaces including workplaces and public transport.

The official Xinhua News Agency reports the ban will go into effect on June 1 and carry a fine of up to 200 yuan or $32.50. The Standing Committee of Beijing Municipal People’s Congress passed the draft regulation Friday.

China is home to the most smokers of any country, with 300 million smoking and 740 million exposed to secondhand smoke every year. Xinhua says the number of smokers in Beijing alone exceeds 400,000 people.

The new regulations also ban outdoor tobacco advertisements and as well on TV and in films and newspapers.
