Base metals prices crash up to 32%, hurt domestic producers

On the steel front, hot-rolled coil prices have fallen by 19% to Rs 59,250 a tonne in July from Rs 73,500 a tonne in March. With subdued domestic demand and exports, steel mills are resorting to price cuts almost on a weekly basis. As on August 17, HRC price in the Mumbai wholesale market stood at Rs 57,300 a tonne. 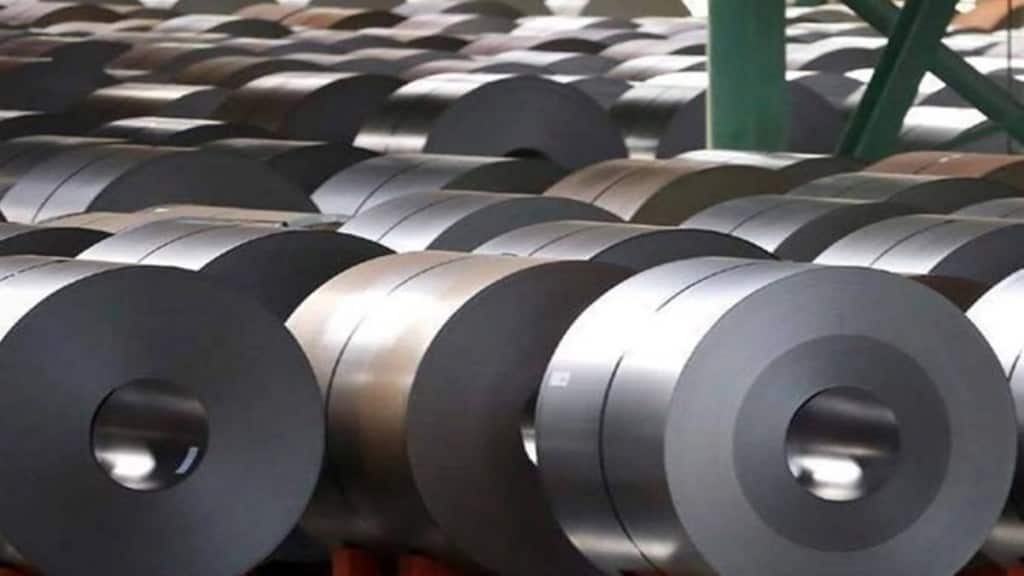 International base metal rates plunged by up to 32% between March and July as mounting concerns over a demand slowdown in Covid-hit China put a lid on the commodity prices that had seen a spike immediately after the Ukraine war in late February.

The hike in interest rates across advanced economies is also weighing down commodity prices. However, given the low inventory levels across major warehouses, base metal prices are unlikely to go down any further in the short term, analysts said. While the subdued prices are pressuring the margins of domestic base metal producers, user industries are benefitting from it.

Compared with March, prices of aluminium on the London Metal Exchange (LME) were down by 32% in July, copper down by 26% and zinc by 22%. Benchmark steel product hot-rolled coil (HRC) price was also down by 19% in the domestic market. On a year-on-year basis, prices of all the base metals are also down in July.

Going forward, in the medium term, large upside movement of prices is also not expected either due to recessionary concerns (in the US and the EU), said Hetal Gandhi, director at Crisil Research.

Of course, the fall of the rupee against the dollar has offset some of the gains for Indian importers from easing commodity prices. Consequently, domestic producers, especially of steel, have managed to somewhat retain their pricing power. Iron ore prices are also down by 36% in July compared with March.

Along with softened prices, high power costs kept margins under pressure for aluminium makers. In Q1FY23, Vedanta’s cost of production of aluminium was up by 22% quarter-on-quarter to $2,653 a tonne. Hindalco’s India operation’s earnings would be under pressure in near-term due to fall in LME and high energy costs, Parbhudas Liladhar recently said. Margins of Hindustan Zinc, country’s largest zinc producer, is also likely to be under pressure as the sector is power-intensive. Power is costlier now due to elevated thermal coal prices.

“Base metal producers’ margins will be squeezed to a certain extent because of the price fall witnessed in the current year so far. In addition, players will also face cost pressures to the extent they buy coal from the market because of the rising coal price. However, players will have some relief to the extent they have access to linkage coal from Coal India or captive mines,” said Jayanta Roy, group head, corporate sector ratings, ICRA.

“While the decline in metal prices does impact profitability, we expect Indian players to still make adequate profits owing to their low-cost position, especially Aluminium and Zinc manufacturers as most Indian manufacturers are either partially or fully backward integrated, thanks to their access to the mines. While a rise in coal prices does elevate power costs for players, most have secured coal procurement either through linkage route or e-auctions mode.

Profitability of Indian copper players is, however, less dependent on metal prices as they are largely refiners who import copper concentrates due to the low access to mines,” Gandhi said.

On the steel front, hot-rolled coil prices have fallen by 19% to Rs 59,250 a tonne in July from Rs 73,500 a tonne in March. With subdued domestic demand and exports, steel mills are resorting to price cuts almost on a weekly basis. As on August 17, HRC price in the Mumbai wholesale market stood at Rs 57,300 a tonne.

Steel exports have been falling steadily since the government imposed 15% export duty in May this year.

Steel mills are not fully utilising their capacity now as inventories have piled up. They are expecting the government to withdraw the duty exports soon which will ease the situation.

Meanwhile, while zinc prices have sequentially inched up by around 15% in the first fortnight of August 2022, the copper and aluminium prices improved by around 3-5%.

“The sharp rise in zinc price is primarily due to supply cut in Europe amid soaring energy prices,” said Sumit Jhunjhunwala, sector head (corporate ratings) at ICRA. He attributed the slight increase in the prices of aluminium and copper to opening up of China.