As Barkha made headlines, Twitter once again decided to troll the journalist. Here’s how Barkha was trolled on Twitter, some of the comments were extremely brutal: 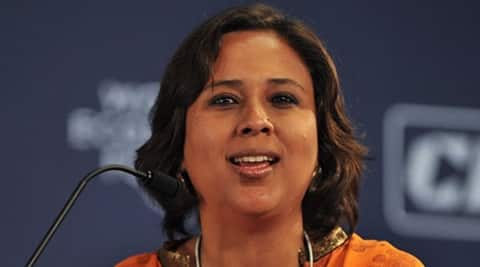 Acclaimed Journalist Barkha Dutt, who has been on radar of haters for several reasons, was once again trolled as she bid adieu to NDTV after a 21 year stint. Padma Shri awardee Barkha, unarguably one of India’s top TV journalists, took to twitter to announce her resignation: “Did my last We The People. At 16 yrs its longest running TV show which I built from scratch, won scores of awards for& am hugely proud of.” She added,”Its been a super ride at NDTV but new beginning in 2017. I shall be moving on from NDTV to explore new opportunities & my own ventures!” she added. As I move on after 21 Great NDTV years, a team I’m So proud of, an Emmy Nomination & many other awards to cap it all, I count on your wishes. Hugely excited to start New Year on a new slate, diversify my interests & build my own independent projects.Watch this space for more!” she added.

“In 1995, Barkha Dutt joined NDTV straight out of college, and now, after 21 wonderful years together, Barkha has requested that she would like to explore some new opportunities, pursue other interests and work on her own ventures. In all her years with NDTV, she has been hugely productive and has grown with the organisation, becoming an acclaimed, award-winning journalist of repute across India and many parts of the world. We are certain that Barkha will go from strength to strength and NDTV wishes her all the very best,” said the statement.

Did my last We The People. At 16 yrs its longest running TV show which I built from scratch,won scores of awards for& am hugely proud of 1/4

As Barkha made headlines, Twitteratis once again decided to troll the journalist. Here’s how Barkha was trolled on Twitter, some of the comments were extremely brutal:

@BDUTT don’t defame new channel like u did to NDTV

Accusing her of ‘hidden agenda’

@BDUTT @VishalDadlani Man behind @republic has & will be on top as he has a people’s support. He isn’t a #Agenda kind of person #Republic

@BDUTT @VishalDadlani
Radia deals not happening anymore in NDTV,
Is that the reason? Burkha

Even trolling the channel

Breaking: Pakistani Journalist Barkha Dutt quits NDTV says, “I was not paid well, even a low class suicide bomber gets more than me “. pic.twitter.com/NoBCFPXtgj

Anti national channel @ndtv reporter barkha dutt quit.She is ISI agent and she is act like Pakistani generalist.Thank God she stop this hell

As some trollers called Barkha a ‘Pakistani stooge’, it becomes relevant to recall that the journalist had shot to fame after her fearless coverage of Kargil war in 1999. She went ahead to become the Group Editor of NDTV. Dutt, who received many national and international awards, including the Padma Shri, India’s fourth-highest civilian honour, stepped down as NDTV’s group editor last year.