Must Read
Exclusive: Lockheed Martin’s VP & Chief Executive looks at expanding collaborations with Indian firms
5 tips to invest in a rising stock market for good returns
HDFC may be excluded from Nifty 50 by Dec-end; these stocks front-runners to replace mortgage lender
How are dividends earned from US shares taxed in India?
Pause slide

However, how Barista positions itself in this competitive landscape will be crucial. 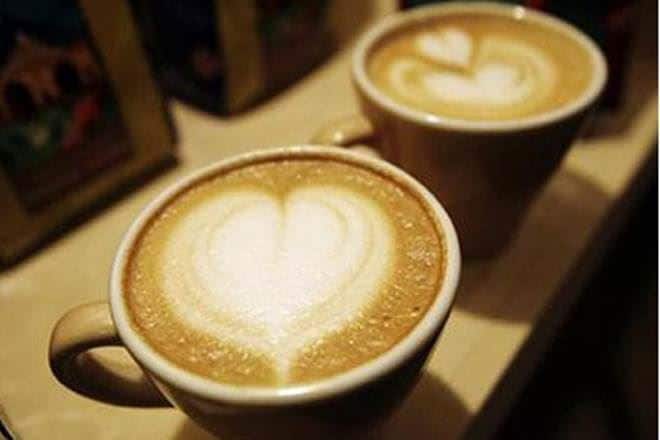 Once perceived as a premium coffee chain, the brand had lost its mojo over the years as both local and international chains opened shop in India.

Barista is in revamp mode. Apart from rapidly expanding in tier II and III towns, the Indian coffee chain is revising its menu to suit the Indian palate, in addition to unleashing new formats like Barista Diners — all-day diners with a live kitchen. The aim is to promote its coffee shops as cultural hubs. The coffee chain, launched in 2000, has also recently forayed into chocolates, cookies and instant coffee, with plans to sell through general and modern trade.

Once perceived as a premium coffee chain, the brand had lost its mojo over the years as both local and international chains opened shop in India.

“Barista grew rapidly in the initial years; but because of the management changes, it lacked consistent direction. That’s where crucial time was lost,” says Ankur Bisen, senior VP, retail and consumer products, Technopak. But the rest of the players have not got the model right either. “Starbucks is just about breaking even, while Café Coffee Day (CCD) has integrated its operations, so a lot of stores get subsidised with revenues from other operations,” Bisen adds. “This business is about sustainable existence.”

Currently, Barista has 210 outlets and is planning to open 35 more in the next three-four months. “This is the fastest growth any café chain has seen in India,” claims Puneet Gulati, CEO, Barista. From operations in 35 towns in 2017, it has now expanded to 47, driven by tier II and III cities. In the `62,000-crore organised café market, Barista claims to have 10.5-11.5% share.
Brewing experiences

The focus at Barista now is to recreate its coffee shops as light snacking hubs, and offer an all-day dining menu. It has launched meal options such as Mediterranean grilled sandwiches, momos, pastas, seekh rolls, biryani, cakes and desserts. Its Indian food menu, launched two-and-a-half years back, has been a hit, says Gulati. “The lines are blurring between cafés and QSR/fast food chains. Not just the ticket prices, but also the average time spent per person at our outlets has grown to 50-55 minutes, from 38-40 minutes two-three years ago, after the new menu was launched,” Gulati shares.
Barista’s revamp strategy is built on four key pillars, the first being innovation in its food menu. With coffee and quenchers as its backbone, Barista is looking to become a serious player in celebration cakes, pastries and the all-day dining format. The second is franchising to expedite rapid expansion, and the third is growth via Barista Express — kiosks that have lower capex for franchisees — Barista and Barista Diner formats. Currently, there is a Barista Diner in Noida, Hyderabad, Kapurthala and Gurugram. The focus is to extend its presence across institutions, hospitals, food courts and highways. Lastly, the company aims to make Barista a cultural hub by hosting book launches, reading sessions, crooners, exhibit photography and affordable art.

“When Barista started, it had a guitar on its premises; like it were a place where visitors could express themselves creatively. After having managed to make food an attraction, which is not usually easy, it is attempting to create ‘cultural belongingness’,” says N Chandramouli, CEO, TRA Research. These could be distinct differentiators for Barista in the long run, he says.

However, how Barista positions itself in this competitive landscape will be crucial. “Barista always had a premium play compared to CCD,” shares Rohit Kulkarni, senior consultant, chemicals, materials and foods practice, Frost & Sullivan. “But given the current scenario, it should follow the Chaayos model and position itself in the middle segment between Starbucks and CCD. Being a me-too in this category doesn’t make sense.”

A sip of growth
With an aim to open 500 stores in the next two-three years, Barista is going the franchisee way. Almost 60% of its stores will be franchises, while the rest will be company owned.
“The franchise model works well especially when looking for properties in premium locations. It is less capital intensive and can speed up the expansion plan,” says Dhanraj Bhagat, partner, Grant Thornton India. He adds that the tier II and III towns offer immense opportunities for domestic café brands as international players such as Starbucks are likely not headed there, due to their higher price points.