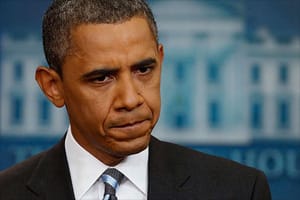 President Barack Obama has signed a massive annual defence policy bill which grants USD 1 billion to Pakistan for the expenses made by its army in support of the US military operations in war-torn Afghanistan.

The National Defence Authorization Act for the fiscal year 2015, signed by Obama yesterday, sets overall defence spending at USD 578 billion which has provision for release of Coalition Support Fund amounting to USD 1 billion to Pakistan.

CSF is not a military aid but a reimbursement to Pakistan for the expenses made by the its army in support of the US military operations in Afghanistan.

Though there are conditions attached for the disbursement of the amount to Pakistan, with regard to it taking action against terrorist organisations and in particular the Haqqani network, but as usual the Defence Secretary can waive off these certification under national interest, as has consistently been the case for the past several years.

US and Pakistan are now holding talks on extending CSF even after the withdrawal of US troops from Afghanistan.

The NDAA asks the Defence Secretary to submit a report to the Congress on US-Pak bilateral security co-operation within the first 90 days of the passage of this bill and every six months thereafter till December 2017.

According to NDAA 2015, out of the USD 1 billion, USD 300 would not be released to Pakistan unless the Defence Secretary certifies to the Congressional Defence Committees that Pakistan has undertaken military operations in the restive North Waziristan that have contributed to significantly disrupting the safe haven and freedom of movement of the Haqqani network.

The Defence Secretary also needs to certify that steps were taken to ensure that North Waziristan does not become a safe haven for the Haqqani network.

In the report, the Congress also seeks a description and assessment of the effectiveness of efforts by Pakistan, unilaterally or jointly with the United States, to disrupt operations and eliminate safe havens of Al-Qaeda, Tehrik-i-Taliban Pakistan and other extremist groups such as the Haqqani Network and the Quetta Shura Taliban.

It also seeks assessment of efforts by Pakistan to counter the threat of improvised explosive devices and the networks involved in the acquisition, production, and delivery of such devices and their precursors and components.