With Unified Payments Interface, real competition will be between banks; customers will be up for grabs

It will be an open world for bank customers under the proposed Unified Payments Interface (UPI), the new payment mechanism being launched by the National Payments Corporation of India (NPCI). 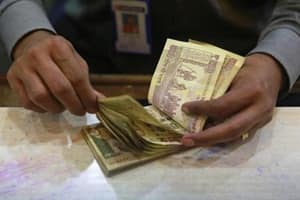 Siba Das (16) was admitted to the emergency department of RG Kar Medical College and Hospital here with high fever on Thursday morning. (Reuters)

It will be an open world for bank customers under the proposed Unified Payments Interface (UPI), the new payment mechanism being launched by the National Payments Corporation of India (NPCI).

While questions are being made on the possible impact of UPI on players offering mobile wallets, experts feels that the real competition will be between member banks to retain their customers once the new payment mechanism is launched.

“A customer of bank X can now download the UPI app of bank Y and transact. It really boils down to whose app is better. The customer will choose that app and eventually be open for acquisition by that bank. So the real competition will be between the 21 banks which have climbed the UPI platform,” Naveen Surya, Chairman, Payment Council of India & MD, ItzCash told FeMoney.

NPCI on Thursday said initially UPI app of 19 banks will be available on the Google Play Store in in a couple of days for customers to download and start using. “UPI is a unique payment solution which empowers a recipient to initiate the payment request from a smartphone. It facilitates “virtual payment address‟ as a payment identifier for sending and collecting money and works on single click 2 factor authentication,” NPCI said while announcing its launch plans.

Ramki Gaddipati, CTO and Co-Founder, Zeta, a fintech startup providing payment solutions, said that existing mobile wallet players will have to eventually reorient their business models to be part of the UPI platform. “UPI is devise-independent and form-independent. Players such as PayTM and Mobikwik are closed systems. They cannot survive like that for long. They may eventually benefit but have to change their business models,” Gaddipati said.

He said that the real impact of UPI will be felt in 2-3 years time, and not immediately. “Such a system, was much needed across the country. It will eventually help in dissociating from plastic cards and replacing them in two years or more We may not see the manifestations immediately,” Gaddipati said.

Gaddipati also felt UPI will drive down cost of payments transactions. “NPCI is aligned to the goals of the country. It will operate UPI to make the system widely accessible. Therefore, transaction costs will come down as compared to costs incurred while transacting through Visa or MasterCard,” he said.

Follow us on
Latest News
53 per cent Delhi-NCR residents hold stubble burning as primary cause of air pollution: Survey
Santoor announces brand relaunch with ‘Young Soch’ campaign
Finland and Sweden not only consumers of security but the providers of security for NATO
GIC, ESR to set up USD 600 million-fund to invest in industrial, logistics assets in India
Scientists find evidence of ‘substantial’ transmission of monkeypox even before symptoms appear
Attero to invest Rs 600 crore to set up lithium-ion battery recycling plant in Telangana
Ukraine conflict has widened the scope of political leveraging: S Jaishankar
Photos
Heart-wrenching! Here is a look at Morbi and the suspension bridge that collapsed
3 days agoOctober 31, 2022
In Pictures: PM Modi in Kargil to celebrate Diwali with soldiers, says, ‘All of you have been my family for years now’
1 week agoOctober 24, 2022
In Pictures: PM Modi inaugurates Deepotsav in Ayodhya; World record set by lighting of over 15 lakh diyas
1 week agoOctober 24, 2022
Read More
×
Five Star Business Finance’s Rs 1,960 crore IPO to open on November 7
upGrad announces merger scheme to consolidate all M&As in India into ‘One upGrad’
Retail leasing rises by 114% YoY, crossing 3.4 mn sq ft in 9 months
Does the UN think there are ‘good coups’ and ‘bad coups’?
Gujarat Elections 2022: BJP chief Nadda says party will form govt with big majority
Netflix ad-supported basic plan to launch today: Price, availability, other details