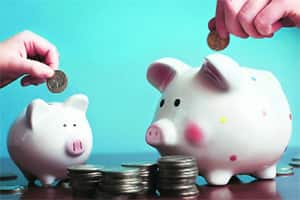 The inflow into small savings schemes has had a direct correlation with interest rates and they have grown at a fast pace over the last couple of years.(Reuters)

Data available in annual report of National Savings Institute shows that with a gross collection of Rs 32,713 crore into small savings schemes of post offices in the financial year 2014-15, West Bengal comes on top and is clearly ahead of Uttar Pradesh that saw collections of Rs 30,183 crore during the year. Uttar Pradesh will witness state elections next year. Gujarat, Maharashtra and Andhra Pradesh complete the top five.

Even Punjab and Tamil Nadu, which will go to polls in April occupied the sixth and eighth spot respectively in terms of gross collection during the year. The collections in the two states amounted to Rs 13,143 crore and Rs 11,048 crore, respectively. Assam, the fourth poll bound state, also witnessed a total collection of Rs 4,449 crore.

The inflow into small savings schemes has had a direct correlation with interest rates and they have grown at a fast pace over the last couple of years. In FY15, when the interest rates were high, the total collection in post offices across the country rose by 19.1 per cent to Rs 2,47,481 crore against a gross collection of Rs 2,07,421 crore in FY14. In fact, the growth has been far more this year. For the eight month period till November 2015, the collections amount to Rs 2,15,802 crore and is up by 39 per cent over the collections seen in the corresponding period last year.

West Bengal has seen an even faster growth in collections in post offices this year. Till November 2015, the collections amounted to Rs 30,805 crore and is up 45 per cent over the collections of Rs 21,279 crore seen in the same period last year.

On Friday, March 18, the government sharply reduced interest rates on small savings schemes across the board, including that on Public Provident Fund, Senior Citizen Savings Scheme in a bid to align them to market rates.

The highest reduction of 130 basis points was announced for one-year time deposit and the rates will come down from 8.4 per cent to 7.1 per cent effective April 1, 2016. the interest rate on Public Provident Fund (PPF) scheme will be cut to 8.1 per cent for the period April 1 to June 30, from 8.7 per cent, currently.

The rates on Kisan Vikas Patra have also been lowered to 7.8 per cent from 8.7 per cent. Interest rates on Sukanya Samriddhi Account Scheme, which was launched by Prime Minister Narendra Modi especially for the girl child, too are being reduced to 8.6 per cent from 9.2 per cent.

While the government had announced in February that small saving interest rates will move closer to market rates, it had said that the interest rate and the spread that some of these schemes enjoy will remain untouched. However, on Friday the government slashed rates on all schemes.

Arguing that high rates on small savings limit the banking sector’s ability to lower deposit rates in response to the monetary policy of the Reserve Bank of India, the government had made a case for lowering rates on some schemes.

The RBI has cut its main lending rate, the repo rate, by 125 basis points since last January, but the banks reduced their lending rate by only up to 70 basis points. The RBI is slated to review its monetary policy on April 4.

Create your own infographics

Collections received in PPF and Sr CSS in other banks are not included
Souce: Annual Report of National Savings Institute
All figures in Rs crore