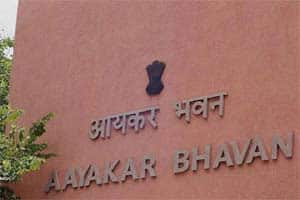 Six individuals in the country reported the highest annual salary income of Rs 50-100 crore in FY12 (assessment year 2012-13) and 26 had such income in the Rs 25-50 crore range. This was when salary income — the largest source among individual taxpayers — was shown as nil by 60% of the 2.88 crore people who filed tax returns in that year.
As many as 198 firms reported annual “returned income” (after statutory deductions) of above Rs 500 crore from all sources in FY12 while 675 showed the same in Rs 100-500 crore range and 708 reported such income between Rs 50 crore and Rs 100 crore.

As the 3.12 crore tax filers (incorporated and unincorporated entities, HUFs and individuals) were divided into 24 groups — with annual incomes from different sources ranging from less than zero to over Rs 500 crore — the largest group (of 1.1 crore) was that of taxpayers with an average income of Rs 1.79 lakh, followed by one of 43.5 lakh filers with an average income of Rs 83,000.

All this and reels of more income-tax statistics were released into the public domain by the Central Board of Direct Taxes (CBDT) on Friday, giving analysts interesting nuggets of information. The move, close on the heels of economists like Thomas Piketty lamenting the lack of open access to India’s income-tax statistics, was promptly applauded by Prime Minister Narendra Modi.

He tweeted: “Am sure this data will be used by researchers & analysts & lead to enhanced insights for policy making on taxation… Our Govt. has taken the landmark decision of publishing the income tax data. It is a big step towards transparency & informed policy making.”

Piketty had said: “If and when I finally receive the (I-T) data, I would be happy to draw lessons about inequality dynamics and economic growth in India.”

According to the data, over 20 lakh people (the highest group among individual tax filers with salary income), reported an average annual salary income of R6.94 lakh each in FY12. When “all taxpayers” (including firms) are taken into consideration, the largest source was predictably business income, with R12.7 lakh crore reported in this category.

These apart, the time series data put out by the CBDT for FY01-FY15 showed the direct taxes (net of refunds) as a percentage of the Centre’s total (gross) taxes declining in recent years, in what marked the government’s focus on consumption-based taxation and the prolonged pressure on corporate profits. As far as direct tax-GDP ratio is concerned, again, the peak of 6.3% was achieved in FY08, the year that also saw the overall tax-GDP ratio at around 12%. Since then, it was almost a consistent decline with the provisional figure being 5.47% in FY16. (The direct tax collection in the current fiscal year is budgeted at Rs 8.47 lakh crore or 52% of the estimated total tax receipts.)
The tax data however revealed that the government’s assessment drives are not helping much to boost receipts.

While 36.4% of the gross indirect tax receipts came from tax-deducted-at-source and 41% from advance tax, less than 8% each of the receipts was attributable to self-assessment and regular (I-T) assessment.

Apart from the policymakers’ focus on indirect taxes, enhanced refunds have also led to the dip in direct taxes in relative terms, said Vikas Vasal, partner, tax, KPMG. Even while consumption taxes like service tax are in focus, the government has tried to achieve equity by making disclosures more stringent for high net worth individuals, he added. The reduction in litigation (and resultant deceleration in tax recovery) due to the various investor-friendly measures taken in the last couple of years also contributed to the slower growth in direct taxes, analysts said.
DK Srivastava, chief policy advisor, EY, said: “Although in absolute terms, the direct tax collections progressively increased, as a percentage of GDP it fell after 2007-08. The direct tax-GDP ratio had at first surged from 3.25% in 2000-01 to 6.3% in 2007-08. This was largely due to increased use of information technology in administering tax collections. This effect has waned since then. During 2007-08 to 2015-16, the direct taxes to GDP ratio fell from 6.3% to 5.5%. Since there are no significant rate reductions in this period, it partly reflects increasing compliance problems and partly the effect of fall in the growth rate which had peaked around 2007-08 and has since fallen.”

According to Vasal, it would take a while before investments, including FDI, which are picking up now are reflected in tax collections. It is possible to achieve a tax-GDP 13-14% in the medium term, if not in the near future. “In the recent past number of steps have been taken by the government to ease tax compliances and bring in certainty. Further, the focus has been to tighten the compliance and disclosure norms for all tax payers to widen the tax net,” he said.