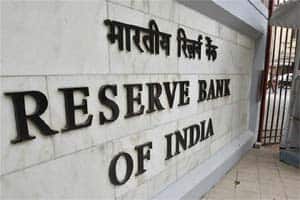 RBI and ED should take action against the defaulters and the concerned public sector banks, says the petition. (Reuters)

The annualised RoA for several banks has dropped below the RBI-mandated level of 0.25%. However, the central bank is unlikely to immediately impose the restrictions it has prescribed and would probably wait for a few more quarters. RBI deputy governor SS Mundra had recently said that PCA is a comprehensive framework that is assessed over time. A single isolated indication really does not result in any action, Mundra had observed.

According to RBI rules, a fall in the RoA below 0.25% would restrict banks from accessing or renewing costly deposits and CDs, borrowing from the interbank market, making dividend payments and expanding its staff.

The central bank steps in and asks the bank to contain administrative expenses, announce a special drive to reduce NPAs and contain fresh NPAs.

The RBI also initiates corrective action if the net NPAs reach 10% of assets and if the capital adequacy falls below 9%. However, all banks expect Indian Overseas Bank (IOB) are placed comfortably in this respect. Their capital adequacy ratios (CAR) were also above the necessary 9% under Basel III norms.

The central bank could also restrict banks from incurring any capital expenditure other than for technological upgrades and for some emergency situations.

According to a Credit Suisse report, total bad loans for the system increased to 6.1% for all banks and 7.6% for PSBs. “Most of the PSU banks are likely to further recognise more problem loans in Q4 as part of the RBI audit. We estimate that the total problem loans for banks would go up to 7-20% by Mar 16,” the report said. IOB reported a net NPA ratio of 8.32% in Q3FY16.

The RoA numbers are important because the government, in FY15, had infused Rs 6,990 crore into nine PSBs based on their weighted average of ROA for the last three years.