Since banks are required to cut rates for existing customers in the same proportion as the cut in base rate, they are increasing their spread for new customers so that they always have a decent margin with them to bear the pressure. 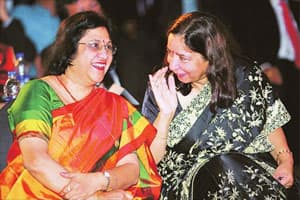 Since banks are required to cut rates for existing customers in the same proportion as the cut in base rate, they are increasing their spread for new customers so that they always have a decent margin with them to bear the pressure.

The decision of State Bank of India and ICICI Bank to pass on the full benefit of their base rate cut to existing customers but holding back a part of it for new customers may have surprised many but bankers and banking analysts say that it is being done both to retain existing customers in a weak market.The move is also to maintain healthy margins on new loans since the banks expect a further cut in base rate on account of firstly the new method of calculation to be implemented beginning April 1, 2016, and secondly on lower interest rate trajectory.

“Banks are anticipating a sharper cut in base rates both on account of new method of calculation as proposed by the Reserve Bank and also on account of future repo rate cuts. Since the banks are required to cut rates for existing customers in the same proportion as the cut in base rate, they are now increasing their spread for new customers so that they always have a decent margin with them to bear the pressure,” said a banking analyst who did not wish to be named.

An industry insider said this was one of the rare occasions when banks passed more benefit to existing customers but said this had more to do with safeguarding their own interest. “Since the RBI has made it clear that any cut in base rate by banks will have to be passed on to the customers, the banks are looking to increase the spread so that even if the base rate comes down, there is some margin with them,” said an industry insider.

This has also come at a time when residential housing market across the country is weak and the last two years have witnessed a drop in new home purchase and demand for new loans. A bank official said that by passing more cuts to existing customers, banks are also eager to retain them as demand for new loans is lukewarm.

The biggest beneficiary of the current change would be customers who got their loans disbursed between April (when the banks first cut their base rate) and October 3, as their effective loan rate after the October 5 revision in base rate would be lower than those being currently offered to new customers.