Payments banks in India: Banking on the unbanked

After a series of setbacks—like the recent withdrawal of three ‘in-principle’ licence-holders, eventually leaving only eight in the fray—the concept of payments banks seems to be finally inching closer to reality 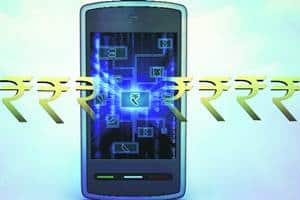 CLOSE TO a year after the Reserve Bank of India (RBI) gave ‘in-principle’ licences to 11 entities (only eight are in the fray now) to launch payments banks in the country, the concept seems to be finally inching closer to reality. Several licence-holders are accelerating preparations for the launch of their ambitious payments banks—a financial ecosystem that is said to redefine banking and push for India’s journey into a cashless economy. On June 30, Reliance Industries (RIL) signed a shareholder agreement with banking major State Bank of India (SBI) to set up their payments bank joint venture. The two entities had, in February this year, entered into a non-binding memorandum of understanding to set out the principal terms. This would bring together the nation’s largest banking network and a pan-India telecom and retail set-up. While RIL signed the subscription and shareholders’ agreement as the promoter with 70% equity contribution, SBI will contribute the remaining 30%.

A few weeks before that, the Union Cabinet approved a proposal to set up India Post Payments Bank (IPPB) as a public limited company under the department of posts with 100% government equity. The total corpus of the payments bank is R800 crore, which will have R400 crore equity and R400 crore grant. As per then telecom minister Ravi Shankar Prasad,
650 branches of the postal payments bank will be set up initially across India, which will be linked to rural post offices—India has 1.54 lakh post offices, of which 1.39 lakh are rural ones. The IPPB will obtain a banking licence from the RBI by March next year and, by September that year, all 650 branches of the postal payments bank will become operational, say reports.
All geared up Noida-based Paytm, another in-principle licence-holder, is all set to launch its payments bank before Diwali and
is readying a budget of  R350-500 crore to roll out the venture, say reports. “We are looking at launching some time between August and November. Our goal is to stay focused on our twin objectives: to digitise cash and to provide access to small-income households,” says Shinjini Kumar, CEO-designate, Paytm Payments Bank.

A former RBI executive and former partner at global consultancy firm PricewaterhouseCoopers, Kumar was brought into the fold of the Alibaba-backed mobile wallet and e-commerce firm to head its payments bank in March this year. She is expected to build a 2,500-strong team to roll out the venture. “We expect the benefits from this inclusive digitisation will accrue to the users of financial services, who have traditionally not been serviced due to high costs of distribution and associated risks of not having enough data points to understand consumer behaviour,” she adds.

In the first week of June, Airtel Payments Bank appointed Shashi Arora as the CEO and managing director of the company subject to the approval of the RBI. He replaced Manish Khera, who reportedly left the company to pursue an entrepreneurial journey. In an official statement, Airtel Payments Bank chairman Sunil Bharti Mittal said, “I am delighted to announce the appointment of Shashi Arora as the CEO and MD designate of the bank… I am confident that under Shashi’s leadership, our launch plans will gather further momentum, and we look forward to delivering an outstanding banking experience to millions of customers across the country.” Only in April this year, the telecom major’s wholly-owned subsidiary, Airtel M Commerce Services—as Airtel Payments Bank was known before being re-branded in May—became the first to be issued a payments bank licence by the RBI.

In February, Kotak Mahindra Bank signed an agreement to pick a 19.9% stake for R98.38 crore in Airtel M Commerce Services. After having gained a national footprint post its acquisition of ING Vysya Bank towards the end of 2014, Kotak Mahindra Bank is setting its eyes on grabbing a large pie of the payments bank business. The new payments bank will help Kotak Mahindra—the fourth-largest private-sector bank by assets—to break new ground among the unbanked and expand its reach in the huge rural market.

Concerns & challenges
The concept of payments banks came into being when, in February 2015, the RBI released the list of entities that had applied for a payments bank licence. There were 41 applicants. After examining the applicant entities for their financial track record and governance issues, the RBI finally gave ‘in-principle’ licences to 11 entities to launch payments banks on August 19, 2015.
However, by May this year, three applicants—Tech Mahindra, Cholamandalam Finance and Dilip Shanghvi-IDFC Bank-Telenor JV—dropped out, leaving only eight in the fray: India Post, Airtel Payments Bank, Reliance Industries, Paytm Payments Bank, Aditya Birla Nuvo, Vodafone M-Pesa, Fino PayTech and National Securities Depository.

The ‘in-principle’ licence would be valid for 18 months from the day of granting, within which the entities must fulfill the requirements—they are not allowed to engage in any banking activity within that period. The RBI was to consider granting full licences under Section 22 of the Banking Regulation Act, 1949, after it was satisfied that the conditions were fulfilled.
This is for the first time in the history of India’s banking sector that the RBI has given out differentiated licences for specific activities. The move is seen as a major step in pushing financial inclusion in the country. The RBI expects payments banks to target India’s migrant labourers, low-income households and small businesses, offering savings accounts and remittance services with a low transaction cost.

Why are then some firms shying away from their plans? “The fundamental premise was that we needed differentiated financial institutions—more nimble and focused—to unleash financial innovation and inclusion in India. Payments (banks) could be the ‘highway’ on which other financial services could ride,” says Varad Pande, a partner at Dalberg Global Development Advisors, a global strategic advisory firm that works to raise living standards in developing countries and address global challenges. Pande also co-leads Dalberg’s financial inclusion practice area. “The RBI deliberately gave licences to a wide range of applicants, as it didn’t want to pre-judge where innovation would come from. So we had telcos, NBFCs, wallet players and India Post in the picture. It is true that since payments banks won’t be able to disburse loans, their net interest income will be limited. So traditional banking economics isn’t so attractive. As some licensees delved deeper, they found that the economics didn’t make much sense for them or that there were other priorities they wanted to pursue,” explains Pande.

Clearing the air on its withdrawal from the payments bank race, IDFC Bank MD and CEO Rajiv Lall had recently said they were still open to any kind of partnerships, including for a payments bank. “Telenor, one of our significant partners, is re-evaluating its strategic footprint in India. So that was one factor. Likewise, (their other partner, industrialist) Dilip Shanghvi was also reviewing the competitive landscape that a payments bank would unveil in India, re-visiting his earlier plan for such a bank. We had been planning to put together a business plan in the light of what we learnt about the competition as it began to unfold. I would say a combination of all these reasons led us to not pursue,” he was quoted as saying in a media interview.
Of late, the industry is also talking about profitability and rising competition, among several other reasons. Is there really a cause for concern? “Competition is not a point to worry about. In fact, with 97% cash transactions in the economy and with a fast-growing population of smartphone and data users, we think everyone who does their bit to make the system cashless will help by shaping behaviour and reducing cash. In that sense, our competition is with cash,” says Kumar of Paytm Payments Bank.

As per Kumar, that is also her major challenge because while cash can be acquired, exchanged and used by anyone for any purpose, digital money can only be accessed after KYC (‘know your customer’, the process of a business verifying the identity of its clients) and requires behavioural change on handling security, etc. “Unfortunately, despite tall claims, policymakers have higher comfort with paper than with the digital medium. e-KYC is our commitment, but in many of our target geographies, data availability and Aadhaar penetration are not seamless. Traditional approach to KYC and cash management remain the biggest challenges. If we have the same requirements as large banks and can’t play to our digital connect with the consumer through the mobile, it is not easy to truly differentiate and achieve a different level of scale,” she adds.