Growing penetration of smartphones and internet across the world is creating a market for mobile wallets capable of serving many purposes that were served by physical wallets for years. 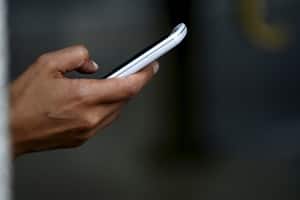 The excessive use of mobile phones and other electronic gadgets is causing presbyopia at an early stage. The eye disorder typically occurs in middle and old age and is caused by loss of elasticity of the lens of the eye. (Reuters)

Someday, the physical wallet may go the way of the cheque book, used by few and no longer a necessity for most. Growing penetration of smartphones and internet across the world is creating a market for mobile wallets capable of serving many purposes that were served by physical wallets for years. Consumers are able to take advantage of a plethora of new functions made possible in an increasingly digital marketplace.

In India, players like PayTM, MobiKwik, Freecharge are all set to take the charge of the next revolution in mobile space. Effects of this revolution are already seen; in an attempt to give banks in India, a new lease of life in warding off competition setup by the mobile wallet players – the Reserve Bank of India gave its approval for a simpler mode of payment – UPI (Unified Payments Interface), where a transaction can be executed with just a mobile number of email ID. This virtually, would give the bank accounts the status of being mobile wallets.

In comes as an obvious aspect that smartphones have assumed the status of being an important internet interface for a majority of Indians, considering the fact that India has a massive user base of more than 240 million smartphone users. The proliferation of smartphones has simplified day to day activities. It has created new ways for communications, shopping, banking, payments, travel and transportation.

The payments space is seeing a sweeping change in way it interfaces with its audience. With improved security and ease of use, people are spending more time on apps, they have started trusting and adopting shopping services as well as online payments apps. According to recently published report by Nielsen, it has been noted that not only tier-1 cities, but more than 58% of the residents of other tier cities are also adopting and using mobile wallet apps.

Are Indian consumers using mobile wallet Apps such as PayTM only for their offers or has the convenience of online shopping nurtured a feeling of ease in their minds? Blueocean Market Intelligence (BMI), has conducted comprehensive research on the Payments Industry and mobile wallets. The research was focused on capturing advancements, understanding the nuances and identifying important players in the space, from a business and also technology implementation perspective.

A glance at the figure above reveals that India, despite not being a mature market yet, has staked its claim in the fledgling market of mobile wallets and contactless payments. As the market continues to evolve, contactless payments are expected to continue to become more common with 1 in 3 mobile wallets worldwide supporting NFC-based (Near Field Communication) transactions. The research by the UK-based firm, Juniper Research, states that more than 50% of developed markets will feature NFC-based payment terminals by 2018.

Barring September, Indian consumers have been pretty consistent in their mobile wallet usage across the entirety of 2015. In fact, time spent inside the app has increased incrementally throughout the year, ending at an all-time high of 95.37 mins spent.

The smartphone proliferation has been significantly higher in the metros or the tier 1 cities, when compared to the other cities. Technology advancements and falling prices of the smartphones in the recent years, and the increasing comfort of the Indian consumers to shop online have all pushed the adoption of mobile wallets higher. Small towns are almost at level with 58 per cent of people using online payment apps compared to 60 per cent in bigger cities.

It is to be noted that surprisingly, users from tier 2 cities spend a significantly more amount of time on the mobile wallet apps compared to their counterparts in the tier 1 cities. With 39 per cent users preferring to use PayTM, the mobile wallet service comes out on top as the clear winner among the many online money transaction solutions that abound in the Indian marketplace.

Dissecting the success of PayTM though is not easy, as the app has evolved from a simple recharge gateway to an online marketplace and has even made its way to the number 2 spot in popularity among India’s Online Retail offerings. Offers and discounts drive up user interaction considerably, and by running daily offers and sending push notifications of great deals to their customers, PayTM has evolved from a simple wallet app to an online marketplace.

The current business model has brought in great success for PayTM. However, the strategy of luring customers in with jaw-dropping discounts might not be sustainable in the long run.

Despite the convenience and ease of use, mobile wallets are not as popular as plastic money. People are hesitant to use mobile wallet due to security and privacy concerns. They are ready to save loyalty cards and discount coupons in a mobile wallet, but they are not ready to use smartphones for financial transactions. Their major concerns are theft or loss of device access due to technical glitches. They also have apprehensions in disclosing their financial information with mobile carriers.

There are some concerns about the mobile payments industry, Security is a major concern for the adoption of mobile wallets; nevertheless, multiple vendors are entering into the market with varied approaches and presence, e.g. banks such as ICICI, DBS, HDFC and players like PayU, Ola, etc. have all launched their own mobile wallet solutions in the market. Increased understanding of the consumers’ usage patterns and growing smartphone’s influence in their lives, have forced mobile wallet solution providers/vendors to focus their attention in providing better security features. Better security for mobile wallets, could slowly induce confidence in the consumers, leading to higher adoption levels.