Irdai has directed banking and financial institutions, who act as bancassurance agents for insurance companies, not to forcibly sell policies to their customers or even without their consent. 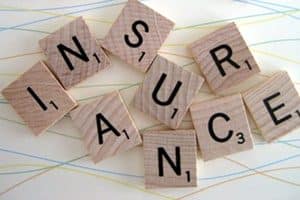 Have you been a victim of mis-selling or forcibly being sold life insurance products by banks and non-banking finance companies who act as agents of insurers? Relief could be on the way with the Insurance Regulatory and Development Authority of India (IRDAI) warning all players against resorting to such practices by those selling insurance products.

In a communication to all life insurance companies and banks and non-banking finance companies acting as corporate agents on Monday, IRDAI has said that insurance regulators strictly prohibit such mis-selling or forcible selling products and has warned that “ such complaints are being viewed seriously by IRDAI.”

The insurance regulator has pointed out that on referring such cases to the insurers after receiving complaints, the insurer often claim that the bank concerned has taken necessary action against the erring employee or that the employee has already left the service. In a large number of cases it is claimed that the premium amount collected by the insurer is refunded to the customer or he is allowed to change the mode of payment/type of plan.

In a strong-worded message, IRDAI has said, “It is emphasised that refunding the money or allowing the customer to change the mode of payment or plan is not the solution for this vexatious issue. Instead the Banks/NBFCs should have a system which should proactively detect and discourage such kinds of mis-selling/forced selling/wrong selling.”

The regulator has mentioned 5 set of which form the bull of complaints received by them on mis-selling or forcible selling: