India’s Bad Loans: Here is the list of 12 companies constituting 25% of total NPAs

According to the RBI, just 12 companies are estimated to account for 25% of the total NPA, and were identified for immediate bankruptcy proceedings. 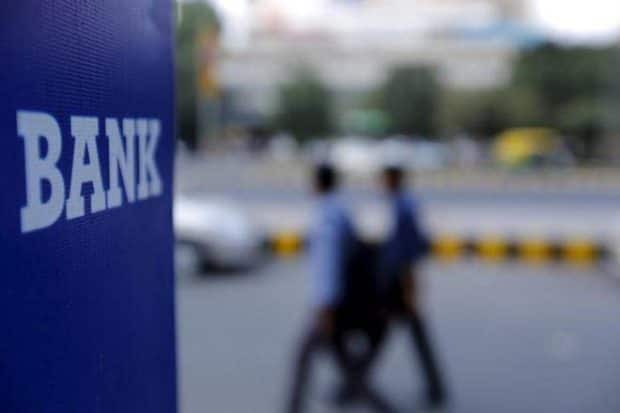 Bad loans made their way back to news after private lender Axis Bank reported that their gross non-performing assets (NPAs) rose to 5.90% as compared to 4.17% in the same period a year ago last week. The case of India’s bad loans is, indeed, getting worse day by day. According to the RBI, just 12 companies are estimated to account for 25% of the gross NPAs, and were identified for immediate bankruptcy proceedings, while there are 488 others which have been given six months time to restructure their debt or be dragged to National Company Law Tribunal (NCLT).

Here are the companies identified by RBI for immediate bankruptcy proceedings:

Bhushan Steel Ltd: Bhushan Steel, the largest manufacturer of auto-grade steel in India, has a loan default of Rs 44,478 crore. The State Bank of India (SBI), the lead bank of the consortium of lenders, had moved the NCLT for recovery of its loan. The NCLT has reserved its order on the plea.

Lanco Infratech Ltd: Lanco Infratech, once listed among fastest growing in the world, has a loan default of Rs 44,364 crore. IDBI has already initiated the process under the Insolvency and Bankruptcy Code against company’s loan defaults.

Essar Steel Ltd: Essar Ltd, one of the biggest in India and abroad in the steel sector, has a loan default of Rs 37,284 crore. While there were 11 other companies staring at same fate as Essar Steel, it chose to challenge RBI’s direction in the Gujarat High Court, which was later dismissed. Essar claimed it belonged to 488 companies which were given six months time to restructure their debt.

Alok Industries: Alok Industries, which is a Mumbai-based textile manufacturing company, has a loan default of Rs 22,075 crore. The NCLT, in July, admitted insolvency proceedings against the company filed by State Bank of India for recovery of its Rs 3,772 crore loan. Other lenders include Punjab National Bank, Bank of Baroda, IDBI Bank, Standard Chartered Bank etc.

Amtek Auto Ltd: Amtek Auto, one of the largest integrated component manufacturers in India, has a loan default of Rs 14,074 crore. SBI had moved the NCLT for bankruptcy proceedings against the bank, which was admitted by the Chandigarh bench.

Electrosteel Steels Ltd: Electrosteel Steels is an Indian water infrastructure company based in Khardah near Kolkata. The loan default by the company stands at Rs 10,273 crore. Consortium leader SBI had initiated insolvency proceedings, which was admitted by NCLT.

Era Infra Engineering Ltd: Era Infra Engineering, one of India’s infrastructure companies, has a loan default of Rs 10,065 Crore. Union bank had moved the NCLT against the company, but the tribunal reserved its order over jurisdiction issues. There are many winding-up petitions pending in the Delhi High Court against the company which has superior jurisdiction over NCLT.

Jaypee Infratech Ltd: Jaypee Infratech is a subsidiary of conglomerate Jaypee Group founded by Jaiprakash Gaur. It has a loan default of Rs 9,635 crore. In August, NCLT had admitted insolvency petition filed by IDBI bank, but the Supreme Court stayed the order after home buyers filed petitions against the move. The company is now seeking to sell Yamuna Expressway to raise Rs 2,500 crore to compensate homebuyers.

ABG Shipyard Ltd: ABG Shipyard, an Ahmedabad-based shipbuilding company, has a loan default of Rs 6,953 crore. The company is one of the two companies among the 12 which has agreed to loan default and bankruptcy proceedings initiated by the banks.

Country’s bad loans have hit a record high of 9.5 lakh crore at the end of June 2017, Reuters said in a report quoting the Reserve Bank of India data accessed through the RTI.  In India, power, steel, road infrastructure and textiles sectors are the biggest loan defaulters of state-owned banks. The Securities and Exchange Board of India in August had mandated companies to disclose details of loans on which they missed payments, but rolled it back “until further notice” on September 29. The reason for the decision is not clear yet.

(Disclaimer: The amounts cited in the report are loan defaults by the companies and not bad loans. A loan becomes bad when a bank declares that it cannot recover the amount lent to a company. The RBI has estimated these 12 accounts constitute about 25% of the gross NPAs.)