In line with equity market, the rupee ended lower by 13 paise to 64.96 against the American currency on month-end dollar demand from importers. 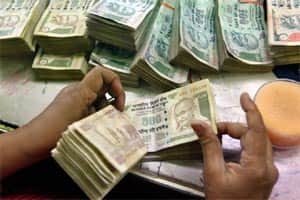 More room for states: Finance Ministry may ease borrowing limit beyond 3% of GSDP

In line with equity market, the rupee ended lower by 13 paise to 64.96 against the American currency on month-end dollar demand from importers.

The Indian unit opened lower at 64.92 as against last Friday’s closing level of 64.83 at the Interbank Foreign Exchange (forex) market and dropped further to 65.01 on initial dollar demand from banks and importers before ending at 64.96, showing a loss of 13 paise or 0.20 per cent.

The dollar index was traded at 0.17 per cent lower in the late afternoon trade against a basket of six currencies.

Meanwhile, the dollar lost some of its gains against the yen and the euro in Asia trade today, with investors booking profit on recent advances in the greenback that were propelled by brighter risk sentiment and a global stock market recovery.

Pramit Brahmbhatt, Veracity Group CEO, said, “Today the rupee traded weak and closed at 64.96 for the day. The rupee depreciated by 16 paise to 64.99 against the US currency in early trade due to strong dollar demand from importers. Dollar index is traded negative which capped the rupee’s depreciation towards end.

The domestic currency ended higher against the Japanese currency to close at 53.68 per 100 yen from 53.71.